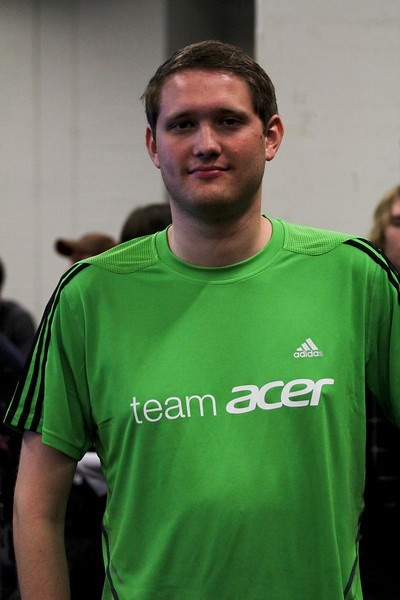 Christoph "Mondragon" Semke is a Zerg player and coach from Germany. He made his competitive StarCraft II debut at the 2011 Pokerstrategy.com TSL3, and retired in July 2012.

Christoph “Mondragon” Semke is one of the best known foreign Brood War players. He has qualified for World Cyber Games Grand Finals four times and finished 3rd in the 2007 WCG. In addition, he was founder and leader of his team, Templars of Twilight, which was founded in 1998 and became one of the strongest and most renowned teams in Brood War history. His name is one that is respected in the Brood War community and it was hoped by many that he would transition to SC2.

Mondragon casually played during the Beta. He was ranked highly on the ladder both during the Beta and after the Wings of Liberty launch. He was reportedly invited to a number of events but declined these invitations for unknown reasons. Many speculate that he didn't have any particular reason to play SC2 competitively. He has continued to keep a 3100+ rating on the EU ladder, and did accept his seed invite for TSL3, which many saw as a sign of his return to competitive SC2. The TL announcement stated that: "He will be active and practicing for TSL3 -- he didn't accept his seed to just lose in the first round."[1]

Holding true to the announcement, he defeated ZeeRaX in the Ro32 by completely bypassing his air units by massing roaches and going straight for his opponent's base. However, lately he has transitioned to more of a coach role on Team Acer, according to State of the Game.

On January 15, 2012, Mondragon qualified for the first ESL Pro Series Germany in 2012 by beating DarKFoRcE in the loser bracket finals.[2]

On July 16, 2012, Mondragon decided not to renew his contract with Team Acer to concentrate on his masters studies.[3]