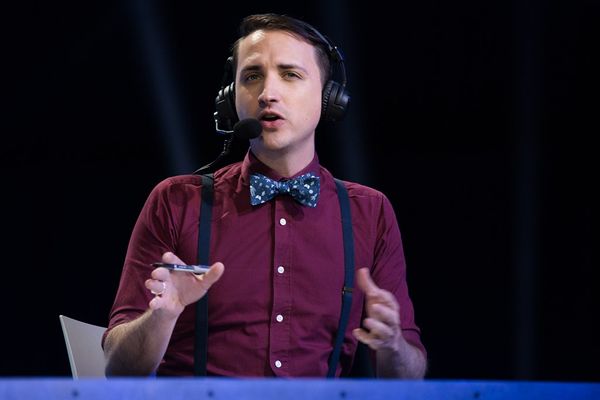 Christopher "MonteCristo" Mykles is a commentator who casted WCS Korea with Erik "DoA" Lonnquist for OGN.

MonteCristo started his career casting Warcraft 3 with the Team Sportscast Network. He also managed and coached the Warcraft 3 team Verge Gaming. He is best known for currently casting League of Legends for OGN and was the coach for the LoL team CLG.[1]

In June, 2013 MonteCristo debuted as a StarCraft II caster for the WCS Korea Season 2 OSL.