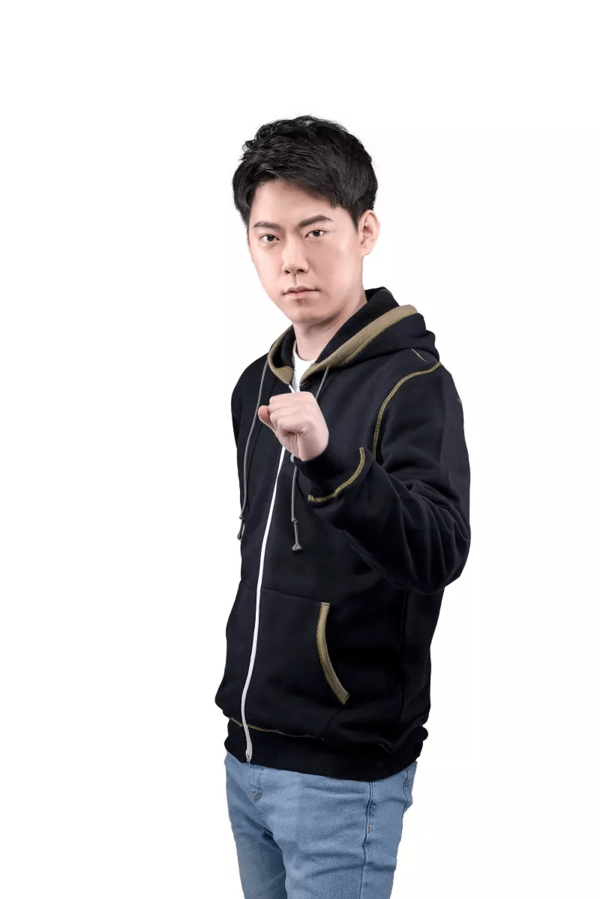 He is one of the most accomplished player ever in Warcraft III.

During his peak, Moon's innovative Night Elf strategies prompted the community to label him as the 'Fifth Race', since his revolutionary Night Elf play was distinguishable from that of the other races. From 2010 to January 2012, he has developed into a hybrid StarCraft II and Warcraft III player, competing in major events on both games. Moon eventually switched to a full-time StarCraft II practice in January 2012, as he joined Fnatic.[1] He then parted ways with them December 11, 2012.[2]

Moon finished his mandatory military service in late 2015, and has returned to play Warcraft III professionally.

Moon played an exhibition match against NaDa at E-stars Seoul 2009.

Under the ID "Liberty", Moon tried out for GSL Season 2 but lost in the qualifiers. Moon's second attempt for GSL Season 3 was successful and he would advance to the Round of 32 before being defeated by Jinro. Moon would be required to compete in the A-Class decision matches as his placement in only a single open season was insufficient. He would qualify at the top of his group, going 5-1.[4]

In the subsequent Code A tournament, Moon reached the Ro 8 with wins over BitByBit and August. There he lost to his teammate and old-time rival from WC3, Lyn, with a score of 0-2. Reaching the Ro8 earned him the right to compete in the Up and Down Matches, where he lost to HongUn and anypro with 1-2 and 0-2 respectively. Moon made another attempt in the March season, but he would be ousted from Code A in the first round 1-2, by Virus.

In March 2012 he participated in the 2012 Global StarCraft II League Season 2/Preliminaries, but he was eliminated by Ultra in the Ro 4.

On August 18, 2011, for the 2011 GSTL Season 1 Group A, F.United sent out Moon as their second player against SlayerS. The score was currently in favor for SlayerS at 1-0 at that point. He wasn't able to take out SlayerS' TaeJa and allowed SlayerS to further their lead to 2-0.

On August 25, 2011, for the 2011 GSTL Season 1 Group A, F.United sent out Moon as their final player against Prime. The score was currently in favor for Prime at 3-0 at that point. He wasn't able to take out Prime's BBoongBBoong and allowed Prime to grab the victory by a score of 4-0.

On September 1, 2011, for the 2011 GSTL Season 1 Group A, F.United sent out Moon as their starting player against oGsTL. He wasn't able to take out oGsTL's Cezanne and allowed oGsTL to take the lead at 1-0.

On June 4, 2012, for the 2012 GSTL Season 2 Round 1, Fnatic sent out Moon as their second player against Team SCV Life. The score was currently in favor for TSL at 1-0 at that point. Moon took out Shine, inori, HyuN and put Fnatic in the lead by a score of 3-1. TSL sent out Symbol next and Moon wasn't able to defeat him. Moon's loss allowed TSL to lessen Fnatic's lead to 3-2.

On June 6, 2012, for the 2012 GSTL Season 2 Round 1, Fnatic sent out Moon as their starting player against IM-SK. Moon took out YoDa and put Fnatic in the lead by a score of 1-0. IM-SK sent out YongHwa next and Moon wasn't able to defeat him. Moon's loss allowed IM-SK to tie up the score at 1-1.

On June 15, 2012, for the 2012 GSTL Season 2 Round 2, Fnatic sent out Moon as their second player against Prime. The score was currently in favor for Prime at 1-0 at that point. Moon took out AnNyeong, ByuN, MarineKing and put Fnatic in the lead by a score of 3-1. Prime sent out Creator next and Moon wasn't able to defeat him. Moon's loss allowed Prime to lessen Fnatic's lead to 3-2.

On June 29, 2012, for the 2012 GSTL Season 2 Round 2, Fnatic sent out Moon as their third player against MVP. The score was currently tied at 2-2 for bothe teams at that point. He wasn't able to take out MVP's Sniper and allowed MVP to take the lead to 3-2.

On July 13, 2012, for the 2012 GSTL Season 2 Round 2, Fnatic sent out Moon as their third player against SlayerS-EG. The score was currently in favor for SlayerS-EG at 2-0 at that point. He wasn't able to take out SlayerS-EG's JYP and allowed SlayerS-EG to further their lead to 3-0.

Despite eventually being dropped from Code A, Moon was announced as a South Korean invite for the IEM World Championship, which took place in March, 2011. Despite having underwhelming results in Korea, Moon would have a breakthrough performance at IEM, finishing at the top of his group defeating every single player, which included the likes of SjoW, Socke, and mOOnGLaDe. Moon advanced convincingly to the finals where he ended up falling 2-3 to AcE in a close series. Moon would be the only player to take any games off of Ace during the entire tournament.

Moon was one of the 50 players invited to participate in the North American Starleague. He was placed into Division 1. He went 15-5 in his group, finishing with 7 series wins and 2 series losses earning the group's top seed. In addition to that, Moon was invited to MLG Columbus 2011 where he placed in the Top 8 with a 3-2 record in Pool Play. In the finals event of the NASL he was placed against HasuObs in the first round, who he defeated 2-0, before falling 0-2 to July in the second round.

Moon also participated in DreamHack Summer 2011 where he went through the tournament defeating players such as White-Ra, Bomber and NaNiwa, before making it to the finals against HuK, which ended in a close score of 2-3 in HuK's favor. In the China 1st 3D Electronic Games tournament, Moon impressively defeated MC and NaDa before losing to Loner in the finals to secure second. Two months later, Moon would take yet another silver at IGN ProLeague Season 4/Pacific Qualifiers, where he took first in his group, which included SaSe, and defeated FruitDealer on his way to the finals where he eventually fell to MarineKing 0-2.

When WeMade FOX disbanded in August 2011 Moon was left teamless. In mid January Fnatic started a couple of mysterious Tweets[5] and videos[6] announcing a new pick-up. On January 16, a second video was posted announcing an live-streaming event on January 17, 8pm CET with MrBitter and RotterdaM,[7] where Moon would be announced as their new pick-up. Further announcing that Moon would be switching to StarCraft II full-time.[1]

His first appearance as a member of FnaticRaidCall was ASUS ROG Winter 2012 at Assembly, where he was eliminated in the groupstage. He finished last in his group with a score of 0-3. He then took second place in the GeForce LAN, defeating Mvp before losing 1-2 in the finals against MacSed.

From November 7 to November 8, 2011, Moon participated in the IPL 4 Pacific Qualifiers. To start off the tournament, MarineKing was placed in Group F. After advancing through his group with a score of 3-0, Moon advanced in to the playoffs. In the playoffs, MarineKing was able to defeat ziek, js, and FruitDealer in order to advance in to the finals. In the finals, Moon faced MarineKing. He wasn't able to advance any further after losing to MarineKing by a score of 0-2 and had to settle for second place.