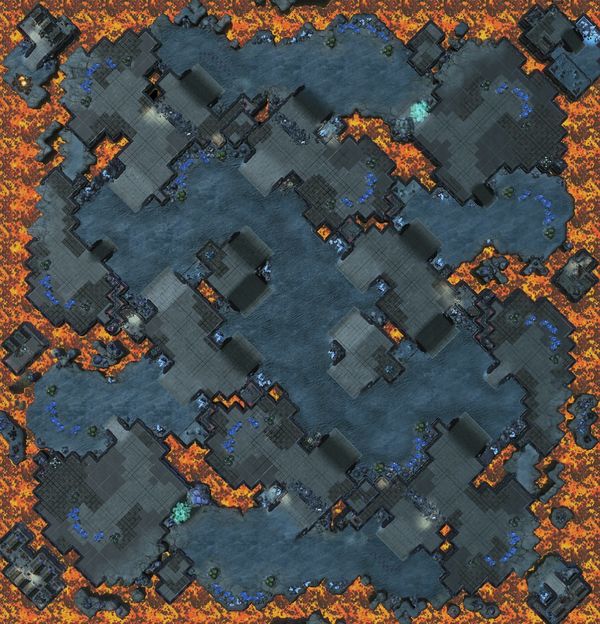 Moonlight Madness is a two player map created by SidianTheBard and a TLMC6 finalist. Moonlight Madness takes the concept of a backdoor natural to the next level. There are two rocks which can be taken down to open the backdoor natural up to the rest of the map. You can take down these rocks to open up a "backdoor" third base or your opponent may take these down to launch a surprise attack. It is anticipated that players will favor expanding along this backdoor path as opposed to taking the 'conventional' bases. Since there is a large area to cover in the backdoor area, drops and nydus strategies should be particularly strong on this map.

Army positioning is key in Moonlight Madness due to the backdoors, powerful watchtowers & the many elevation changes.