mousesports, often abbreviated mouz, is a German multigaming organization founded in 2002 as a Counter-Strike team. The team has its headquarters in Berlin.

mousesports also had notable Brood War and Warcraft III lineups. The latter featured HasuObs, ToD, Fly100%, TH000, SaSe and Happy, whilst their Brood War section, originally known as ESC Gaming included some of the biggest names in the foreign scene, such as Strelok, White-Ra, IefNaij, Dreiven, and MaNa.

The StarCraft II division was launched when HasuObs from the Warcraft III division, and several players from the Brood War lineup merged to form the mousesports StarCraft II lineup in March 2010 to become one of the best European teams. Naama, MorroW, MaNa and ThorZaIN all placed first in Premier Tournaments for mousesports, whilst the team also did well in Team Leagues.

In December 2013, mousesports announced Dear as its first Korean member after winning WCS Korea Season 3 as well as the WCS Season 3 Finals. However, four months later, Dear was released from the team.

On June 9th, 2015, after over a decade of competing for Mousesports in Warcraft III and Starcraft II, HasuObs retired from RTS competition to pursue a career playing Blizzard's MOBA title Heroes of the Storm on the team Well Met. 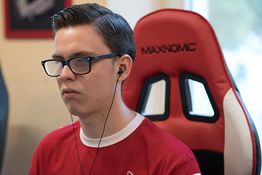