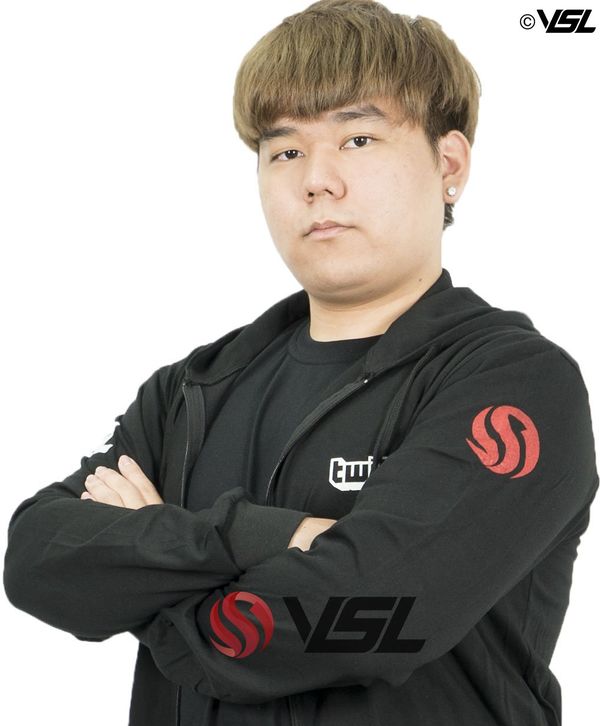 After retiring he switched to Overwatch.[1]

MyuNgSiK tried to qualify for the World Cyber Games 2012 but lost to Jaedong with a score of 0-2 in the Ro8 of Group 10 in the KeSPA Qualifiers.

MyuNgSiK tried to qualify for the 2012 StarCraft II World Championship Series but lost to Lure with a score of 1-2 in the Ro8 of Group G in the South Korean Preliminaries after winning against 장지연 and receiving a BYE in the previous rounds.

MyuNgSiK's first Premier Heart of the Swarm event was IEM Season VIII - Shanghai. This was also his first appearance at a foreign event. There were high hopes for him after qualifying through the tough Korean and Taiwan Qualifier. Despite this, MyuNgSiK finished last in his Ro16 group losing to DongRaeGu and TitaN.

In early 2014, MyuNgSiK was finally able to qualify for his first GSL as he qualified for the 2014 Global StarCraft II League Season 1 Code S. In season two and three, he repeatedly made it to Code S but was never able to make it further than the Ro32.

In addition to being a Code S regular, MyuNgSiK played seven games in the 2014 Proleague for KT Rolster, going 3-4. KT Rolster also made it to the finals, where they won 4-2 against long time rival SK Telecom T1, making MyuNgSiK a Proleague champion.

About one month after the Proleague finals, it was announced that MyuNgSiK left KT Rolster, and several weeks later, he joined Prime.

Under the flag of Prime, MyuNgSiK was able to qualify for the first season of the newly created StarCraft II StarLeague. He beat San decisively with a 3-0 score in his Challenge match, but in the Main Event he was eliminated in the Ro16.

In the first two rounds of the 2015 Proleague, MyuNgSiK posted a 5-8 record for the struggling team Prime, winning one ace match and being one of their best players.

Quite surprisingly, it was announced on 19 April 2015 that MyuNgSiK had left Prime to join StarTale, who were renamed to SBENU a few days later.[2] On SBENU, MyuNgSiK saw his Proleague playing time heavily reduced, only being fielded four times in the last two rounds while going 1-3. At the same time, he reached new heights in individual leagues, making the Ro8 in the 2015 Global StarCraft II League Season 2 Code S, 2015 StarCraft II StarLeague Season 3 and 2015 KeSPA Cup Season 1.

On 25 August 2015, it was announced that MyuNgSiK had left SBENU.[3] One month later, he was picked up by TCM-Gaming.

MyuNgSiK had a successful start in Legacy of the Void as he won the second week of the 2016 Global StarCraft II League Pre-Season. He did not lose any map until the finals in which he met TY. TY was able to win the first two maps, but MyuNgSik turned the series around by winning the next three maps and thus secured himself a spot in the 2016 GSL Season 1 Code S, as well as ₩1,000,000.

On 14 January 2016, it was announced that MyuNgSiK had switched teams once again, as he joined SK Telecom T1. One week later, he faced his new teammate Dark in the Ro16 of the SSL Season 1. Despite his great showings in the GSL Preseason, MyuNgSiK lost 0-2 and was thus knocked down to the losers' bracket, where he met aLive. Since the match against aLive was played one day before an announced nerf to the Adept, a unit he had heavily relied on before, was implemented into the game, MyuNgSiK was expected to win. However he lost 0-2 and was eliminated from the tournament without winning a single map.