NaNiwa's Blizzard Cup Controversy, which occurred on December 13, 2011, was an incident that took place in the penultimate match of the second day of the 2011 GSL Blizzard Cup group stage.

This match, between NaNiwa and NesTea, had no impact on the possibility for each player to qualify for the playoffs and ended after only one minute because NaNiwa Probe rushed. This was regarded by some in the community as NaNiwa purposefully losing or "throwing" the game in a prestigious tournament. This sparked a controversy which culminated in GOMTV revoking NaNiwa's candidacy for a Code S seed. 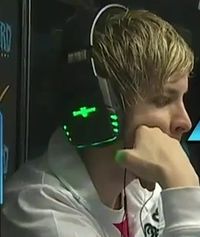 After placing second at 2011 MLG Providence, NaNiwa was invited to participate in the 2011 Blizzard Cup. He was seeded into group B, where he was set to play NesTea.

NaNiwa had previously defeated Nestea twice at Providence. In one particular incident from Providence, NaNiwa thumbs-downed NesTea on stage after beating him in the quarterfinals.[1] Adding fuel to the flame, the Swedish player later called NesTea an "idiot" during an interview.[2]

This event started a rivalry between the two players, heightening fan anticipation for the two player's eventual confrontation in the Blizzard Cup group stages. The two players seemed to look forward to it as well, something stated by NesTea in an interview released on the evening of the group B matches. In that interview, NesTea stated that he wished to punish his rival, while NaNiwa asked his opponent to stop being angry at him.[3]

On December 13, 2011, NaNiwa and NesTea performed poorly in the group stage. They both went 0-3 after losing against MMA, Leenock, and Polt. As such they had to face each other in what would be their final game in the tournament. NaNiwa was upset that he was being forced to play the game and approached the game as if was meaningless, since both players were already eliminated, and immediately sent his seven initial Probes to NesTea's base [4]. After issuing a blind attack-move command, he took his hands off his keyboard in resignation. He quickly lost his six Probes to NesTea's nine Drones, typed "gg" and left the game.

The probe rush stirred up a large controversy within the StarCraft 2 scene, as many people interpreted NaNiwa's actions differently in relation to his perceived level of professionalism. Some argued that GOMTV was at fault for broadcasting games that could not influence for the rest of the tournament and for which neither player had an opportunity to advance. Still others argued that NaNiwa should have played the game just like any other, more meaningful game, regardless of his remaining personal stake in that tournament.

Immediately after the match, several Korean progamers tweeted about the incident, harshly and unanimously condemning NaNiwa's actions [5]. They mainly targeted NaNiwa's lack of professionalism and disrespect for his opponent and for the viewers.

Later the same day, the Korean esport website "Thisisgame.com" released an editorial about the matter, which explained its grievances in detail. [6] The article pointed out that even though NaNiwa's behavior was understandable since he was a young and free-minded foreign player, his conduct was nonetheless not suited for a progamer. The journalist also enjoined Blizzard Entertainment and GOMTV to firmly warn the Swedish player about such a behavior, and wished that he would never be seeded again in GSL.

While the opinions of Korean players and commentators was pretty much unanimous, the reactions in the foreign scene were more diversified. Even though the majority of the stakeholders resumed the arguments advanced by the Koreans, like Nazgul who castigated NaNiwa's disrespect and lack of professionalism [7], some others such as IdrA blamed GOMTV for broadcasting games empty of competitive interest [8]. Tyler also pointed out that NaNiwa's action was not unprecedented [9]. An example of precedent which didn't come under such a scrutiny occurred during DreamHack Winter 2011 second group stage, when Stephano, already eliminated with a 0-2 record, six-pooled twice in a row in his last match against ClouD, while the outcome of this particular match still mattered for the second qualifying place of the group [10].

NaNiwa immediately explained that, in his opinion, this match had nothing on stake for neither of the players (since both of them were already eliminated), and apologized to the viewers who expected an actual match. [11][12] A few hours later, during an interview with Waxangel, he gave a more well-rounded statement where he explained that his mindset was broken after his previous defeat against MMA, leaving him to just think about all that for 30 minutes before it was his turn to play again, and realized that unless he had something to play for, he couldn't perform his best, and just felt like it wouldn't satisfy the fans at all with playing half-hearted. When asked if he would have acted differently if he could do it again, he stated that he would have just 4 Gated. He also criticized the Koreans' response to this matter, and once again apologized for upsetting people [10].

However, the incident took an unexpected turn of event the next day, when GOMTV announced that the Swedish player would be deprived of a GSL Code S seed.

On December 14th, in response to the controversy, GOMTV decided to go back on their original plans to invite NaNiwa into Code S for 2012 GSL Season 1.[13]

This announcement generated an immediate and widespread reaction. Several foreign players argued that the punishment was too extreme and not suitable with the offense. Jinro stated that a fine or a deduction of his winnings would have been enough [14]. Tyler harshly criticised GOMTV's process, arguing that the best way of preventing such incidents would be to remove any possibility for inconsequential games. He also pointed out that, since NaNiwa's offense was not clearly defined as per GOMTV's rules, the Korean organization was issuing a very severe punishment on the base of a vague regulation [15]. On the other hand, DoA explained that the Blizzard Cup was created as a celebration of sorts of a year of great StarCraft 2 tournaments around the world, which means that in a certain extent it was meant to be a show match as much as it was meant to be a serious tournament. Taking this point of view, every game was important, and GOMTV had every right to feel offended by NaNiwa's action and to take action against him. DoA also evoked the culture clash aspect, explaining that the Swedish progamer was playing with the western mentality that puts an emphasis on match results, while the Korean organization and NesTea were operating on a mindset that puts an emphasis on showing one's skill for the fans even if one don't personally gain anything from it [16]. In a long stand, Alex Garfield (Evil Geniuses's executive director), stated that even though he actually found nothing wrong with the fact that NaNiwa didn't want (or didn't have the mental energy) to put forth his best effort against NesTea, the probe rush was absolutely unacceptable, and that NaNiwa could have just done a two-base all-in, or four-gated, and ended the game in ten minutes or less. Alex Garfield called fans and players to hold progaming to higher standards of professionalism, and to apprehend that GOMTV's job was to provide a quality product to its viewers, while providing its competitors with fair, reasonable playing conditions, which sometimes couldn't perfectly suits players [17]. 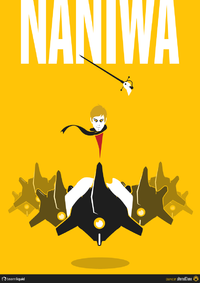 There was also some misunderstanding about whether NaNiwa was supposed to be seeded in Code S on the base of an invitation, or whether it was part of the league exchange program with MLG. This program, into effect since 2011 MLG Columbus, indeed awards a Code S status to the highest placing player, regardless of country of origin, who doesn't already have Code S status. This situation led many fans to assume that GOMTV had removed NaNiwa's rightfully earned spot (thanks to his second place at 2011 MLG Providence) [18]. However, it was later suggested that MLG Providence reward was only about granting a spot in the Blizzard Cup to the finalists (without giving them a Code S status), and that the Code S mentioned by GOMTV was scheduled to be awarded out of an invitation [19].

GOMTV eventually confirmed on December 15th that NaNiwa's second place at MLG Providence earned him only a spot in Blizzard Cup, not a GSL Code S status. With the new format used by GSL in 2012 not matching with MLG's schedule, the whole seeding system was revised. The GSL season 2012 would feature two Code S sponsor seeds determined by outstanding results in international tournaments. NaNiwa, alongside several other players such as IdrA and Sen, had been considered as one of the players to receive a Code S seed for the 2012 GSL Season 1 due to his recent impressive results. The Blizzard Cup group stage incident led GOMTV officials to no longer put the Swedish player at the top of the list of considered players. However, the Korean organization emphasized on the fact that this decision was not a direct punishment resulting from the incident, and that it was just a factor that influenced NaNiwa's position on the list of candidates. GOMTV also stated that, even though NaNiwa has not taken actions that break any explicit rules, his behavior was regarded as a disrespectful manner, which disappointed his opponent, the GSL, and the many fans who had anticipated a great match [20].

The same day, Quantic Gaming released a formal letter to GOMTV and the StarCraft community where they apologised for the event, and stated that, even though they didn't condone NaNiwa’s actions during his match against NesTea, they understood GOMTV’s decision to revoke NaNiwa’s Code S spot for the next GSL season [21]. The letter featured a formal statement by NaNiwa:

As a result, NaNiwa decided against participating in the coming GSL season as a statement of his sincere regret, and would have to re-qualify later for Code A. Quantic Gaming concluded its letter by imploring GOMTV to consider giving NaNiwa a second chance to compete in GSL Code S in a future season [21]. In an interview on the show Live On Three held after the tournament, NaNiwa said that he probably would have quit StarCraft 2 if Quantic Gaming hadn't supported him as they did [22].

During the weeks following the incident, the relationship between GOMTV and MLG seemed to be somewhat weakening. When the latter released the first details about its upcoming 2012 Pro Circuit on January 19th, the public found out that the Korean organization would no longer award seeds in the GSL to the highest-placing players in MLG events, like it did throughout the 2011 Pro Circuit via the GSL-MLG Exchange Program.[26] On February 29th, Mr. Chae from GOMTV announced that the 2012 GSTL Season 1 grand finals would be held in Las Vegas together with the IGN ProLeague Season 4, meaning that GOMTV was not averse to working with MLG's main North American competitor.[27]

On May 11th 2012, MLG eventually announced an exclusive partnership with the KeSPA (the managing body of the late Korean Brood War scene now switching to StarCraft II), which was pretty much shutting the door for further collaboration with GOMTV.[28] A few days after the agreement was made public, MLG's Adam Apicella and Lee Chen disclosed that they didn't know why the actual MLG-GSL partnership ceased, and that they weren't sure why GOMTV had revoked NaNiwa's Code S seed, feeling like they haven't gotten a straight story about that issue.[29] MLG's CEO Sundance DiGiovanni stated in another interview that he felt like NaNiwa had been deprived of something he had earned, hinting that GOMTV's response to NaNiwa's probe rush may have played a role in the end of the privileged relationship between the two firms, and that MLG might have felt that its Korean counterpart hadn't fulfilled their part of the bargain.[30]