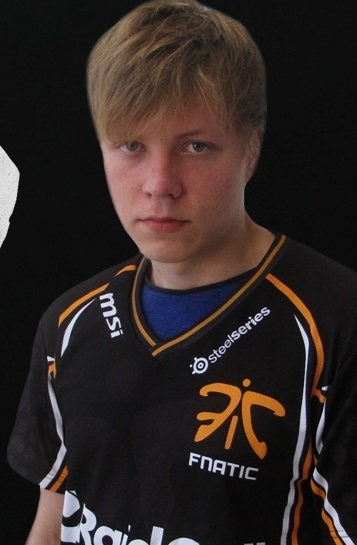 Naama started his RTS-career from Warcraft III, which he played a lot with his brother Sein. He didn't achieve a lot in Warcraft III, but things changed when he got the beta key for StarCraft II.

After receiving the beta key, he quickly became a force to be reckoned with in the Finnish scene. He also gained some recognition in the international scene when he won the 4th Viking Cup. Since the release of the game, Naama has won the 33rd Go4SC2 cup. He also came 4th in the monthly finals with HuK. He also showed off his skills in a showmatch between Finland and Sweden, where he all killed the Swedish team, which consisted of SjoW, ThorZaIN, Jimpo and merz.[1][2] Naama's play earned him an invitation to the DreamHack Winter 2010, where he notched impressive wins over top players such as TOP and MaNa to take 1st Place.

On February 28, 2011, Naama left Mousesports and joined a less-known team, Virus Gaming, where he partnered-up with his brother Sein and his friend Satiini.[3] During the following few months, he slowly faded away from the European scene, appearing less and less in major events. He eventually left Virus Gaming on August 18, 2011, in order to become a member of the Fightline project, alongside other former members of Virus.[4] One month later, Naama released a statement explaining that Virus Gaming didn't pay him his due wages while he was under contract with them, and that the team made him false promises concerning the payment of hotel fees.[5] He also explained that the lack of communication of Virus's staff and his own lack of motivation had influenced his skill in a bad way. On October 31st, Naama left Fightline and joined eSahara alongside his teammate and friend Satiini.[6]

In January 2012, Naama practiced in Korea with MVP's B-team (Project Supreme), alongside his teammates DeathAngel, Check and cArn, and tried to qualify for GSL Code A [7] On July 15th, Naama announced that he had left Absolute Legends (which had previously acquired eSahara's roster, including Naama).[8]

July 17th, it was announced that Naama joined Fnatic.[9]

On July 28th, 2012, Naama participated in the World Championship Series 2012 Finland and ended up in 1st place after overcoming kiljardi, Winsti, Protosser, Welmu, and then elfi in the finals with a score of 0-2, 2-1.