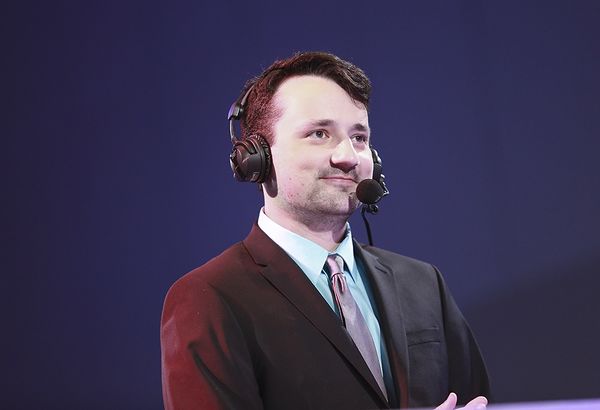 Nathan Lawrence "Nathanias" Fabrikant is a North American Terran player who is better known for his casting than his accomplishments as a player. He is also known for his commentary during stream sessions.

Nathanias has been playing StarCraft since BroodWar in 2004, starting as a casual gamer. Nathan's competitive experiences are solely limited to StarCraft 2, with no tournament background in any other game. He originally preferred playing over casting, which he did to get closer to other players, but eventually became enamored with his role as a caster.[1] He currently lives in Los Angeles with fellow caster RotterdaM,[Citation needed] where he casts WCS North America.

Nathanias was a high Masters NA Terran. He began playing in March 2010 during the beta as Random up until April 2011. He regularly streams ladder games, commentating matches, and has built a substantial following in doing so.

Nathanias competed in several online qualifiers for WCG during the 2011 season, his only competitive experience before reaching Master League.

Nathanias's first experience in the competitive scene was during the 2012 MLG Winter Championship on March 23, 2012, where he dropped from the winner's bracket during Round 2 by LiquidTLO 2-0. He eventually fell in the Loser's Bracket Round 4 to the then teamless Fitzyhere.

At the 2012 MLG Fall Championship on November 2, 2012, Nathanias lost 0-2 to Mafia in the first round of the Winner's Bracket. He was able to reach Loser's Round 3 before being eliminated by Complexity's Ryze.

Nathanias made an attempt at the ESV TV Korean Weekly: Season 3, Week 8, falling 0-2 in his first match vs SSanaEE. He has also competed in many Playhem online tournaments, managing to defeat players such as Everize, toxsic, and Ryze.

The first premier tournament Nathanias casted was the 2013 DreamHack Open: Summer Tournament in Jönköping, Sweden from June 15 to June 17.[5] He also did English casting throughout the Acer TeamStory Cup Group Stage.

Nathanias competed in a pool of 60+ applicants for a casting position with IGN, managing to pass from top 16 all the way to top 4, which included a trip to Las Vegas to cast at IPL5.