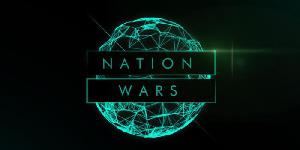 The NationWars is a worldwide team league organized by O'Gaming TV. In it, players represent their nations instead of their professional teams.

In each competition of NationWars, a number of countries are selected to participate in the tournament. Players are able to sign up to represent their country and the community votes to select each country's 3 players. As of season 2, the top 4 teams are invited to an offline finals in Paris.

Matches are a best of 7, All-Kill Format. Each team chooses a starting player in advance to compete in the opening game. When a player loses a game they are eliminated and the team chooses a new player to represent them next. The winner continues on to the next game. The fourth and final player chosen by a team is often referred to as the "ace", since the team's survival rests on their shoulders. The ace is a player who has lost before and has been "revived".