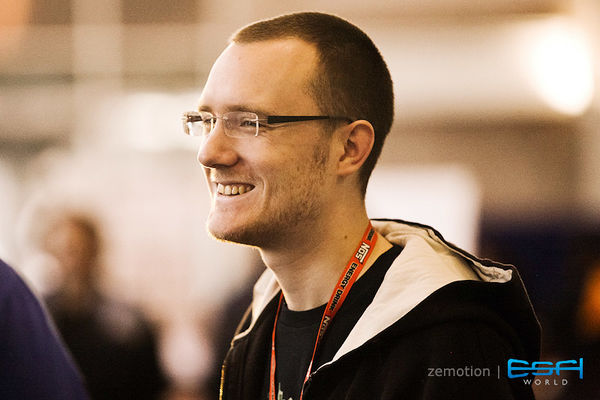 Victor "Nazgul" Goossens (Dutch: ['vIktɔʁ 'xosəns]) was a Brood War player who was one of the first non-Koreans to play professionally in Korea. He is one of the owners of TL.net. He currently plays Protoss in SC2.

The founder of TL.net, Liquid`Nazgul, arrived in Korea in December 2002, joining the AMD team along with Grrrr..., Elky, Gundam, Jinnam and Jinsu. He managed to beat stars like Jinnam and Xellos on TV and managed to qualify for the OnGameNet Challenge League 2003. Despite these early successes, he moved back to the Netherlands shortly after to pursue an education. He never stopped competing at the WCG national qualifiers though and attended the grand finals four times, from 2001 to 2004.

Nazgul played beta competitively and has become one of the top Protoss players on the EU ladders. His first success in a tournament came in the ESL TV Pro Invite Cup where defeated 3 consecutive Zergs with an aggressive Force Field strategy at their ramp. He was defeated by LucifroN in the finals. Nazgul played in the TeamLiquid SC2 Invitational 1 where he came third after losing to TheLittleOne in the semifinals. He defeated HayprO 2-0 in the third place match to claim his $50 prize.

Upon release, Nazgul focused on helping Liquid` members,TLO and Jinro, settle in Korea alongside the oGs team. Although Nazgul has chosen to remain relatively inactive in the professional scene, he participated in 2010 MLG Dallas national championships where he would take down IdrA, 2-1, by making use of Blink Stalkers.