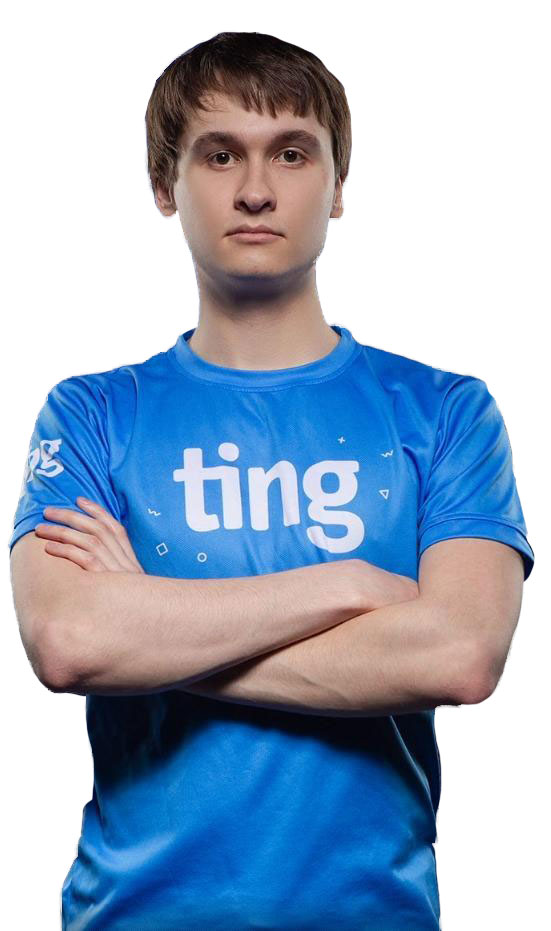 Alex "Neeb" Sunderhaft (born February 17, 1998) is an American Protoss player who is currently playing for Ting.

Neeb is a Protoss player from Albany, New York, USA. Before playing competitive StarCraft 2, he played Runescape and League of Legends.[1]

During the Acer TeamStory Cup US Qualifiers semifinals, he nearly all-killed FXOpen North America, defeating hendralisk and his future teammates Future, Drunkenboi and desRow. Unable to play the last game due to a conflict, his team, Starcraft2strategy, forfeited.

Neeb qualified for the 2013 WCS Season 1 America: Challenger League on May 4, 2013 with victories over Fitzyhere and teammate Moosegills. There he was able to beat HuK in the first round, but fell afterward to puCK and was knocked down to the group stages. He was placed in Group G along with Maker, hellokitty, and TaeJa. Although he couldn't beat TaeJa in the winners round, he was able to beat Maker and then hellokitty to come second in the group and qualify for the Season 2 Premier League.

During this time Neeb also participated in SHOUTcraft America. He was placed in Group B along with drunkenboi, Goswser, and hendralisk. After losing his initial match to drunkenboi, he was able to beat hendralisk 2-1, but then lost to Goswser and was knocked out of the tournament.

Neeb qualified for the WCS AM Season 2 Premier League Round of 32. He participated in Group C,along with Minigun, Alicia, and Apocalypse, but fell down to 2013 WCS Season 2 America: Challenger League in last place with a map score of 1-4. He reached the third round of the bracket stage, defeating puCK along the way, before falling to DeMusliM.

On August 16, 2013, it was announced that FXOpen e-Sports had officially closed its North American branch, rendering Neeb teamless.[3]

Despite becoming teamless, Neeb was able to qualify for WCS America 2013 Season 3 Premier League by defeating his former teammate drunkenboi twice in the group stage of Challenger League.

In Premier League, Neeb was matched against a group consisting of HerO, Heart, and Jim. Neeb was defeated 2-0 by Jim and 2-1 by Heart and fell to Challenger league.

On December 27, 2013, it was announced that Neeb had joined Fnatic as an Academy player.[4]

In Premier, Neeb played his Ro32 group against Polt, Illusion, and Minigun. Despite being the underdog of the group, Neeb was able to defeat Minigun 2-0, narrowly lose to Polt in the winners match 1-2, and defeat Illusion 2-0 to advance from his group in second place. This qualified him for the Ro16.

Neeb met Blizzard's changes to StarCraft II through the LotV expansion with mostly positive criticism. At the 2016 WCS Winter Circuit event, before his Round of 32 match, he stated:

"The game plays a lot faster... The action happens quicker, the games start up faster, and the games are decided faster - and I like that."[6]
()

According to RankedFTW, since the release of Legacy of the Void, Neeb has consistently reached the top 5 of the Grandmaster Ladder for the North American Server,[7] and top 10 of the Grandmaster Ladder for the European Server.[8] It has also been reported that Neeb reached the #1 spot on the Korean Ladder in September, 2016 - less than two months after moving into the OnFire house in Korea. [9]

Neeb switched from Terran to Protoss around April 2015.

Beginning in early 2016, Neeb started to break through as one of the best American StarCraft II players, having several strong tournament performances against high-level competition. In January, at the DreamHack Open tournament in Leipzig, Neeb defeated Dayshi 3-1, before falling 3-2 to PtitDrogo in the Round of 16. Neeb had a similar showing in March at the WCS Winter Circuit Championship in Katowice, advancing to the Round of 16 before losing to Hydra 3-2.

On April 23, Ting announced their sponsorship of Neeb .[10]

At the DreamHack Open tournament in Austin, Neeb defeated Snute in a convincing 3-1 fashion to advance to the grand finals where he eventually lost to Hydra 4-2. The next weekend, he had a good showing at the WCS Spring Circuit Championship in Tours, finally beating Hydra 3-1 in the Round of 16, before losing a close series 3-2 to Nerchio in the Round of 8.

In July, Neeb continued his dominating reign over Hydra, defeating him 3-0 in the Round of 16 at DreamHack Open: Valencia. However, he was knocked out in the Quarterfinals, being upset by the eventual runner-up, MarineLorD, in a 3-0 fashion. Neeb did not appear to be on his game, losing multiple Warp Prisms in all three games due to poor awareness out on the map. In Shanghai, China at the IEM Season XI tournament, Neeb had a 9-0 run, most notably beating ShoWTimE in the semi-finals in order to advance to the grand-finals. He subsequently lost to the Dutch Terran, uThermal in a 4-2 fashion.

Neeb graduated from high school on June 24 and is now a full time professional Starcraft 2 player.[11] Around July 19, he moved into a house in Korea with fellow pro-gamers, Scarlett and NoRegreT. [12]

With a solid showing at the 2016 WCS Summer Circuit Championship in August, Neeb avenged his loss to uThermal in Shanghai with a 3-1 victory in the Montreal tournament's second round. He went on to 3-0 Scarlett in the quarterfinals, but in keeping with his bad habit of losing to Terran's in the later rounds of tournaments, lost to Polt 3-1 in the semifinals, ultimately settling for 900 WCS points and a $10,000 prize.

At the WCS Copa Intercontinental in Mexico City, Neeb secured a third place finish, sweeping uThermal in the consolation match after being swept by Snute in the semifinals. While having easily the most consistent year of any player in the WCS Circuit, Neeb had thus far failed to secure a championship at any of the year's nine Premier tournaments. This fact, in part led to Neeb being ranked 12th out of 16 by Team Liquid in the KeSPA Cup power rankings going into the tournament...[13]

Neeb participated in the 2016 KeSPA Cup as one of the North American representatives. He was placed into Group A with ByuN, Zest and Rogue, which was considered to be the 'Group of Death'. However, Neeb took out both Rogue and Zest 2-0 to win the group and move on to the round of 8. In an upset, Zest defeated ByuN twice, allowing Neeb to avoid the strong Terran player. In the quarterfinals, Neeb was matched against Pet, who many considered to be the weakest player in the tournament. Neeb won the first two games convincingly by deflecting Pet's early aggression. However, the next 2 games saw Pet doing very early Speedling and Baneling attacks to success, tying the series at 2-2. In the final game, Pet attempted a Baneling bust and Speedling flood on Dasan Station, which Neeb very narrowly defended to gain a lead. He then continued to defend Pet's Roach/Ravager attacks with some very well-timed Force Fields and eventually made a final attack and with a much bigger army and overpowered Pet to take the series 3-2 and move on to the semifinals. With this victory, he became the first non-Korean to reach a semifinals of a "Korean" StarCraft event since Jinro reached the top 4 of 2011 GSL January's Code S.

In the semi-finals, Neeb faced Stats and defeated him 3-1 in a very convincing series to advance to the finals. The range of tech choices by both players throughout this series was quite diverse, including a late game Tempest/Mothership matchup in a half-hour thriller on King Sejong Station. After this win, by reaching the finals, he became the first foreigner to make the final of a "Korean" StarCraft II event and the first to do so in any StarCraft event period since Grrrr... had won the 2000 Hanaro OSL.

In the finals, Neeb defeated Trap 4-0 in a sweeping victory, claiming his first premier championship and the first-ever foreigner triumph in a Korean StarCraft II premier tournament. His dominant performance, in large part due to his expert usage of Blink Stalkers and Disruptors, earned him the respect of many Korean fans, players, and commentators, including those from outside StarCraft.

Following his victory, he returned to the United States for the 2016 WCS Global Playoffs and Finals, where he had been drawn into Group B alongside Zest, Patience and TRUE. Already the first American to make the WCS Global Top 16 and qualify for the end-of-season tournament culminating at BlizzCon, he lost to Zest but defeated Patience twice in order to advance in second place and become the first American to advance to the quarterfinals.