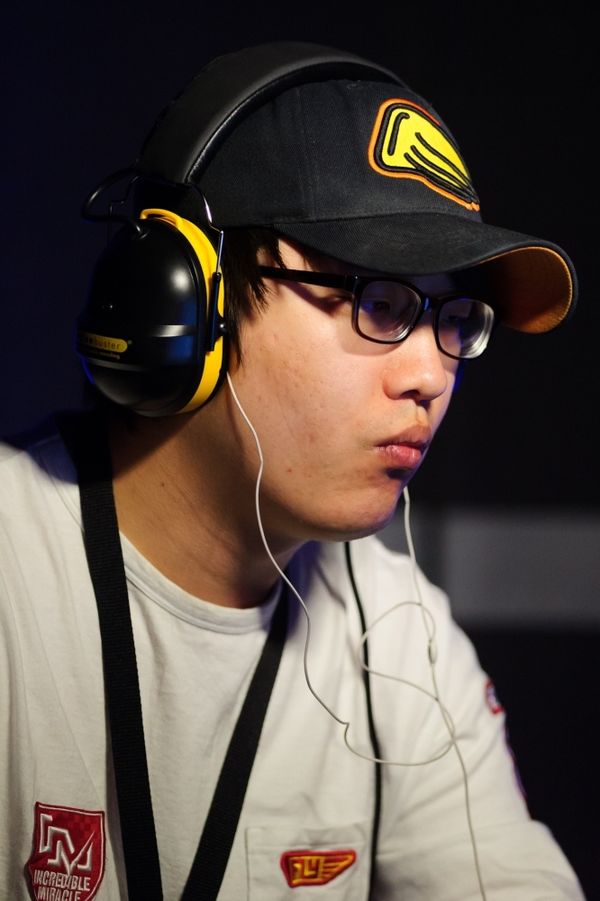 Lim "NesTea" Jae Duk is a Zerg player from South Korea, who is currently teamless.[1] Following his third GSL championship, he was widely considered the best Zerg player in the world.

In Brood War, NesTea (aka Zergbong) was a coach and player for South Korean progaming team, KT Rolster. He was most notable for his 2v2 performances with Reach, as well as being a coach for KT's Zerg roster.

NesTea's most notable strength is his unparalleled decision making. Tastosis on several occasions has compared NesTea's playstyle to that of Brood War's sAviOr, as NesTea's playstyle generally revolves around heavy droning and making the correct/minimum number of units for defense before controlling the map by taking expansions slowly. NesTea's great decision making also contributes to his high ZvZ win-rate, as the decision to build either Drones or other units from Larvae becomes more crucial in such a volatile match up.

NesTea was quick to excel in StarCraft II: Wings of Liberty, getting to the top of the Korean ladder shortly after launch.[2][3] He managed to qualify for the very first GSL, but his tournament run met a quick end when he got knocked out in the first round by eventual semifinalist LiveForever. In late September 2010, NesTea, together with fellow former Brood War players Mvp, TT, ChRh, and LosirA(now KangHo), founded the team IM - "Incredible Miracle".[4]

NesTea was destined for a much longer stay in GSL 2. He made his way to the finals without losing a single game, defeating players such as MC (the future champion of season 3), Zenio, TheWinD, and BoxeR. 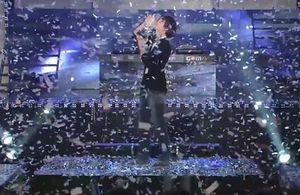 In the finals, NesTea faced a young Terran, then known to the international audience as FoxeR, now known as MarineKing. The youngster was already making a name for himself in the previous rounds of the tournament, beating both previous GSL finalists with pressure based builds and superb Marine micro. NesTea, on the other hand, was known for his solid, macro-oriented style and an apparent invulnerability to cheese. During the finals, MarineKing opted for early pressure in most of the games. This strategy was initially successful and earned MarineKing an early lead, but NesTea was able to adapt as the series continued. In the 7th and final set, NesTea baited the Terran into repeating his strategy from the first game of the series. This time, NesTea successfully held off the early Marine/SCV rush, winning the GSL 2 Finals 4-3.

After this victory, NesTea qualified for his third straight GSL. This tournament proved more difficult for him, as he dropped games to Jys and Maka. He eventually reached the Round of 8 where he was upset by Rain, who used a Marine/Bunker rush and two Marine/SCV all-ins.

NesTea started 2011 on a strong note, becoming the only Zerg player in the top 8 of the Gainward Tournament. He took 2nd place in the tournament, losing to his teammate Mvp in the finals. Then NesTea's team Incredible Miracle took the first GOMTV Global Starcraft II Team League by storm, reaching the finals in a commanding fashion. There, they faced StarTale. NesTea was chosen as the ace player to face off against Squirtle, a player who had managed to eliminate Mvp immediately prior. This was the first and only game NesTea played during the entire team league; he was victorious, securing the 5-4 win for Incredible Miracle.

After this tournament, NesTea was named as one of the five Zerg invites to TSL3. This tournament was NesTea's first venture into a non-Korean tournament. He did not find success in the online tournament, getting upset by the German player GoOdy in the first round.[5] On September 26, NesTea was seeded to the National Finals of WCG Korea and was eliminated in the group stages, losing both games to GuMiho.

In the first GSL Sponsorship League tournament, NesTea advanced through the group stages by defeating Polt and Maka in the Round of 32, and Zenio and BoxeR in the Round of 16. Subsequently in the quarterfinals, NesTea went 3-0 against Choya. NesTea was the only non-Terran player in the semifinals, where he ended up losing to eventual champion Mvp, but not before making Mvp suffer his only loss in the tournament. In the second season, NesTea suffered a major upset with losses to San and Ensnare in the Round of 32. Although he managed to secure victory against BoxeR, this 1-2 record ousted NesTea into the Up & Down matches. NesTea then easily retained his Code S position in the Up and Down Matches by defeating Leenock 2-0.

In May, NesTea advanced out of his group by beating Jinro twice, only losing a single game to Clide. In the Round of 16 he faced fellow Zerg GSL champion, FruitDealer, whom he beat 2-1. He then defeated anypro 3-1 to advance to the semifinals, where he played sC. sC used aggressive timing attack builds to take 2 games off of NesTea, but great decision making by NesTea allowed him to take the win in the pivotal fifth game. Game 5, one of the most suspenseful played to date, came down to a situation where both players were on the ropes - down to small armies and very limited incomes. NesTea used his Mutalisk force to great effect, sniping Marines and Thors where possible and whittling down the Terran army to force a surrender. Almost as a reward after the tense match against sC, NesTea faced basically just one build four times from an uncreative InCa, easily sweeping the Protoss to claim his second title.

In July, NesTea surpassed his previous achievements by winning the whole tournament without losing even a single game. He defeated HongUn in the semifinals and proceeded to sweep LosirA in the finals. Combined with his 4-0 victory in the previous finals and his final win in the previous semifinals, this put him at a 20 game winning streak in Code S (including a win by default against Rain in the group stage).

In August, NesTea beat Kyrix in the group stages and lost against MMA, which ended NesTea's massive GSL win streak. He advanced from his group to the Round of 16 by winning a close match against his teammate Happy. His next opponent was once again his teammate and rival, Mvp, proving again to be the Zerg's kryponite, winning 2-0.

In October, NesTea was once again in a group with MMA. However, this time, NesTea managed to advance through his group by defeating both MMA and NaDa. He then defeated Virus 2-1 in the Round of 16, but lost in the Round of 8 to Mvp in a close (2-3) series.

On August 17, it was announced that NesTea and his teammate Mvp had been invited to Blizzcon.[6] Only a day before the event, it was made public that Steel Series would personally sponsor both players.[7] NesTea would go on a tear through the winner's bracket, defeating players such as Brat_OK, Sheth, NaNiwa and Mvp, marking the first major tournament where he would defeat Mvp in a "best of" series. He would then face Mvp again in the grand finals after Mvp tore his way through the loser's bracket. Because of NesTea's previous victory, the rematch was an extended series where Mvp had to win two best of threes, whereas NesTea only had to win one. NesTea lost the first best of three with a score of 0-2. The second best of three was considerably closer, with Mvp managing to clinch the victory in a long and epic third game, which included 100+ Banelings at one time, pooled resources of over 10k minerals and 6k gas, as well as mass Brood Lords, Ghosts, and Nukes. After this 1-2 loss, NesTea ultimately took second place.

NesTea struggled a bit during the initial stages of the 2011 GSL November. He was able to advance out of the Round of 32 by defeating his teammate LosirA, but he then lost 0-2 to MMA and HuK in the Round of 16, sending him into Code A. NesTea was seeded into Code A against asd, whom he defeated 2-0 to retain a Code S spot.

On the first day of Blizzcon 2011, it was announced that NesTea and Mvp would be going to MLG Providence as part of their new partnership with Quantic Gaming.[8] At Providence, NesTea started in the Open Bracket and won his first 6 matches without fail, earning a spot in the Championship Bracket. There he beat BoxeR, SeleCT, and Slush before losing a fierce match to NaNiwa, cementing a new rivalry.[9][10][11] In the losers' bracket, NesTea was surprisingly knocked out in a ZvZ (a match-up NesTea has dominated throughout his career) by HayprO, finishing in 12th place.

In the 2012 GSL Season 1 Code S Round of 32, NesTea was seeded into a group with Mvp, Lucky, and IdrA. He defeated IdrA 2-0 and Mvp 2-1 to continue into the Round of 16. NesTea would lose 2-1 against both DongRaeGu and Genius to fall down to Code A as last in his group. In Code A he would go vs KeeN and take the win 2-0, and get back to Code S next season.

Next season NesTea would play in group E with MC, Virus, and InCa, he would defeat InCa, but lose to both Virus and MC, finishing 3rd in his group and dropping down to Code A. In Code A he would face KeeN again, this time losing 0-2, not dropping from the tournament, but neither advancing to Code S, instead he got a place in the Up and Down matches.

After going 3-0 in his Up and Down group, NesTea played in the Ro32 vs TheStC and Creator, beating both of them and advancing to the Ro16. He would pass in 2nd place, winning over SuperNova and Ryung, but losing vs DongRaeGu. Still he would get a place in the Ro8 where he faced Prime's ByuN and lost 0-3. He was eliminated but he got a Code S spot granted for next season.

In GSL Season 4, NesTea was quickly eliminated from his Code S Ro32 group by Life and SuperNova. In the Ro48 of Code A, he was beaten 2-1 by GSL-newcomer Sparta and dropped down to Code B thus ending a streak of 11 seasons of Code S play by NesTea. However, NesTea managed to fight his way back up to GSL through preliminaries the following season.

During MLG Providence, a rivalry formed between NaNiwa and NesTea. NesTea had previously defeated NaNiwa 2-1 in the BlizzCon 2011 StarCraft II Invitational, but NaNiwa returned the favor by defeating NesTea 2-1 when they met again during the 2011 MLG Global Invitational final. In an interview after that game, NaNiwa commented about a drone pull NesTea made during their 3rd game: "I thought that he would do some smart shit, [...], I thought he was that genius but apparently he's just an idiot. What he did made no sense.".[12] When NesTea heard about these comments he was reportedly very angry and ready to destroy NaNiwa.[13] The two players proceeded to meet in the Championship Winners' Bracket quarterfinal of Providence, where they both played aggressively, including a 3rd game cannon rush by NaNiwa. NaNiwa won the match 2-1, and cameras showed a clearly angry NesTea. In twitter posts and a later interview, NaNiwa stated that he was "caught up in the moment" and "didn't mean any disrespect." He also stated: "He showed he is a very smart player, obviously, since he won 3 GSLs. He can't be stupid."[14]

When NaNiwa went back to Korea to participate in the Blizzard Cup, he mentioned the rivalry in various interviews, remarking in one, "I hope [NesTea] can stop being angry."[15][16] On the second day of the tournament, when NaNiwa and NesTea were scheduled to play, both players were already down 0-3 in their group and were essentially already eliminated. NaNiwa proceeded to attack-move his starting probes to NesTea's base, effectively losing the game on purpose.[17] This move sparked heavy controversy about NaNiwa's professionalism.[18][19] See main article.