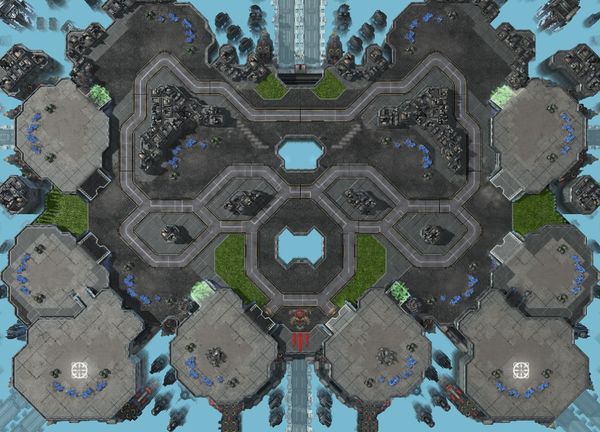 Newkirk Precinct is a two-player symmetric map that was released in the 2.01 patch update for Heart of the Swarm Beta.[1] During the Beta it was called Newkirk City.

This is a tournament map reviewed by Ongamenet and KeSPA. Choosing which expansion to take will greatly depend on your strategy. As you expand, you can make use of Rock Towers to defend your bases.

LSPrime made a modified version of the map for use in the KeSPA 2012-2013 Proleague, and later included in the ladder map pool with the name Newkirk Precinct TE. Changes include: