Nydus Network (Legacy of the Void)

This article covers the current multiplayer version of this building. For another version see Nydus Network (Wings of Liberty and Heart of the Swarm). 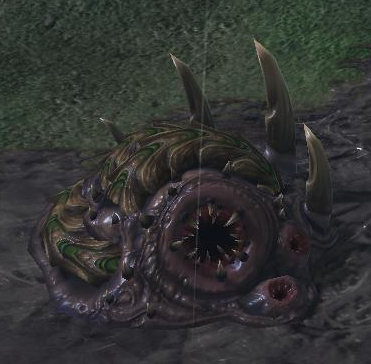 The Nydus Network is a tier-two Zerg building that is used to move units quickly around the map. It requires a Lair to build and can create Nydus Worms. A Nydus Worm can be built anywhere one has vision, without need for Creep or a Drone. The worm takes 14 seconds to set up before emerging from the ground and settling into position. During this set up phase it has 3 armor. Once in position, it acts as the exit to the Nydus Network, allowing the player to transfer units from the network to the worm almost instantly. Once the worm is finished moving it cannot be re-moved and will act as a building. You cannot (simultaneously) build multiple Nydus Worms from a single network, but you can build another Nydus Worm after the first worm is done spawning. All worms and networks are connected to each other. Units in the Nydus Network will die only if all worms and networks on the map are destroyed.