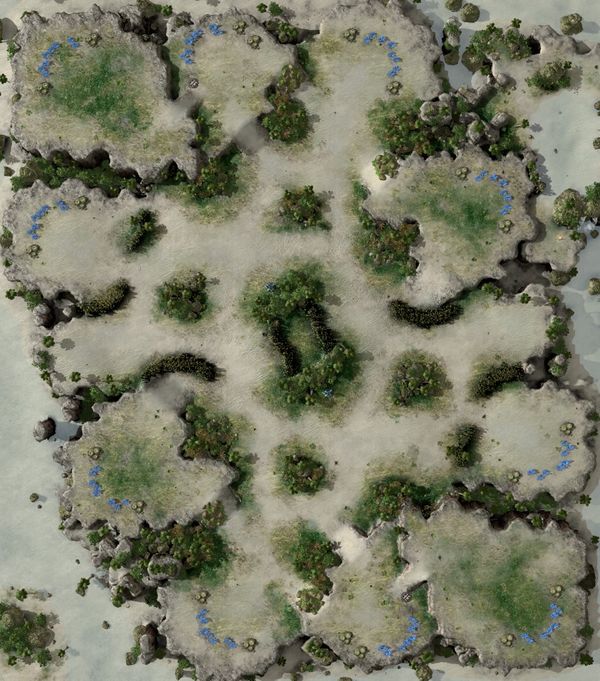 Ohana is a two-player map originally developed by ESV's IronManSC and the map-making team The Planetary Workshop and later developed by the ESV Mapmaking Team.[1] The original version took 2nd place in TeamLiquid's Map Contest, behind Cloud Kingdom.[2]

Ohana is tiny. You can't run around your opponent here. Straight up engagements are the only option and this is very different from other maps, where counter attacks are always an option. The Xel'Naga towers are easily the most important feature of this map, as they mean the difference between defense and death. And that makes perfect sense, considering that "ohana" means "family."

The map was originally developed by IronManSC and The Planetary Workshop and was released as TPW Ohana. After placing 2nd in the TLMC, the ESV Mapmaking Team reworked the map and released the refined versions ESV Ohana RE, ESV Ohana, and finally ESV Ohana LE, the later being the version used in the Season 7 map pool.