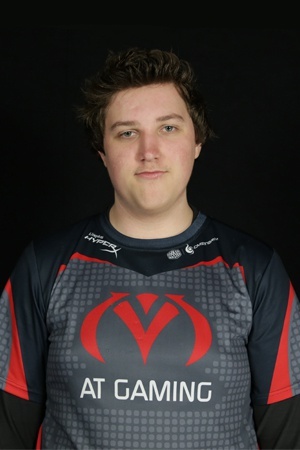 In October 2012, Optimus started playing competitively, going to his first LAN event, The Reality XII, where he got third place. In the beginning of 2013, he participated in the Frag-o-Matic 15.0 Wings Of Liberty competition, where he got 7-8th place.

A month later, he went to The Party 11, where he got 4th, after beating notable Dutch competitors, such as aGaham, Darkomicron and SushiLicious. In October 2013, Optimus qualified for the PROG4MER Season 2 Finals where he got third place, winning his first cash prize money. One week after the PROG4MER Season 2 Finals, he traveled to the Bonami Game Tournaments that hosted a StarCraft II tournament. In the Bonami Game Tournaments StarCraft II competition, he got third place winning himself €50.

In 2014, Optimus went to the third edition of the Bonami Game Tournaments, representing his new team AT Gaming. aGaham was the other notable participant, whom Optimus beat 2-1 in the Winner Bracket finals. Being up 1-0 in the finals, he met aGaham again. Eventually, aGaham managed to win 3-2 over Optimus, giving the Dutch Terran player another second place.

On January 1, 2017 Optimus joins to Dead Pixels after leaving AT Gaming[2].