Oracle (Legacy of the Void)

This article covers the current multiplayer version of this unit. For another version see Oracle (Heart of the Swarm). 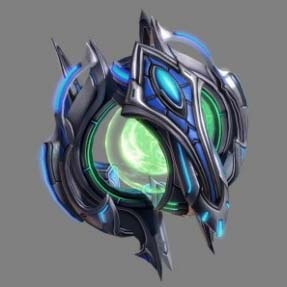 The Oracle is a flying harassment and support caster for the Protoss that is produced from the Stargate. In LotV the ability Stasis Ward was added.

While fairly expensive and fragile, the Oracle is a very mobile unit and has several useful spells. Its attack, Pulsar Beam must be activated for an energy cost before it can be used and also drains energy while the ability is activated. It rapidly destroys workers and other light units, although anti-air units and structures will quickly kill it. The Oracle is also an effective scout and can be used as a temporary detector.

Proxy Stargate play has seen some competitive play, and if unscouted can cause serious damage to the opponent's economy.

Oracles are also common in the mid-late game of this matchup thanks to their envision ability, allowing a player to constantly keep track of their enemy. It is also convenient that they can be acquired while on the way to Tempests, a very powerful unit in this matchup's lategame.

Oracle play against Terran can be a gamble due to Marines. Against a greedy or unprepared Terran an Oracle opening will do devastating damage to the economy. If the Terran player scouts the build or amasses a large number of marines though, the build can be shut down quite quickly. However, surviving oracles are still useful support units, as their fast speed will help deal with small Terran drops in conjunction with photon overcharge. Some players also utilize revelation to great effect in scaring away drops and spotting the late game Terran army to get off critical storms.

It is important to note that a single Oracle can take up to five Marines without Combat Shield, while two Oracles are only able to eliminate a group of eight or less Marines, these facts are important to remember while going for an Oracle rush or defending one.

Widow Mines are also an effective counter to Oracles as they can one shot them, so watching for them is important when entering a Terran base with Oracles.

Oracle and Phoenix openings are the current meta for PvZ and are seen in most games. This is because it forces a response out of the Zerg to create Spore Crawlers and keep their Queens in position. In addition Oracles are useful for defending the unfinished 3rd base against large masses of Zerglings as well as provide substantial early-mid-game defense. Oracles can also be useful in mid- and late-game because of their Revelation ability, removing a Zerg army's ability to freely attack anywhere on the map. Also, it may be worth noting that Oracles can kill Larva very quickly because they die from a 2 oracle attacks, which can leave the Zerg unable to produce additional units. 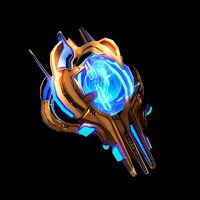 The Oracle and Tempest were designed so that Protoss could make more use of the Stargate in the early-game and that it would be possible to go for Stargate based armies in the late-game, given that it was an unpopular choice for most of Wings of Liberty (outside of PvP and PvZ early-game, and PvZ extreme late-game). Besides the Warp Prism, it was felt that the Protoss race lacked a way for harassment, and that is another reason why the Oracle was created.