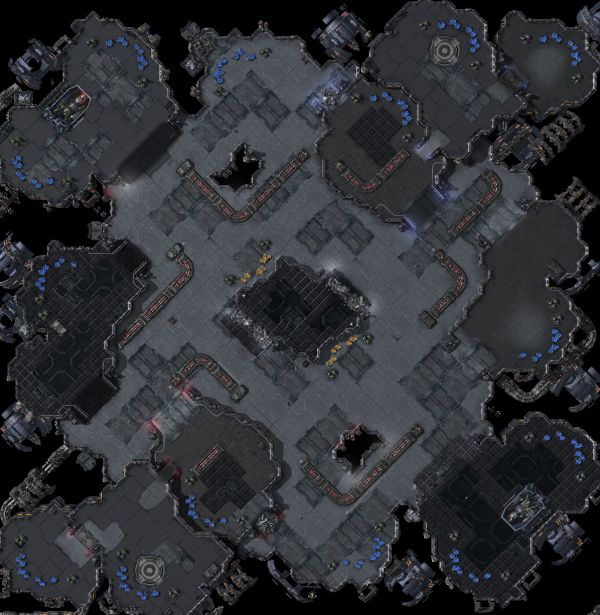 Orbital Shipyard is a two player map made by Blizzard and used in the Legacy of the Void beta Ladder map pool.

Both players can expand very quickly on this map. Take advantage of this by taking the two nearby bases as soon as you can. In the middle of the game, only go for the risky High Yield expansion if you have map control. If not, secure a safer expansion by breaking down the rocks.