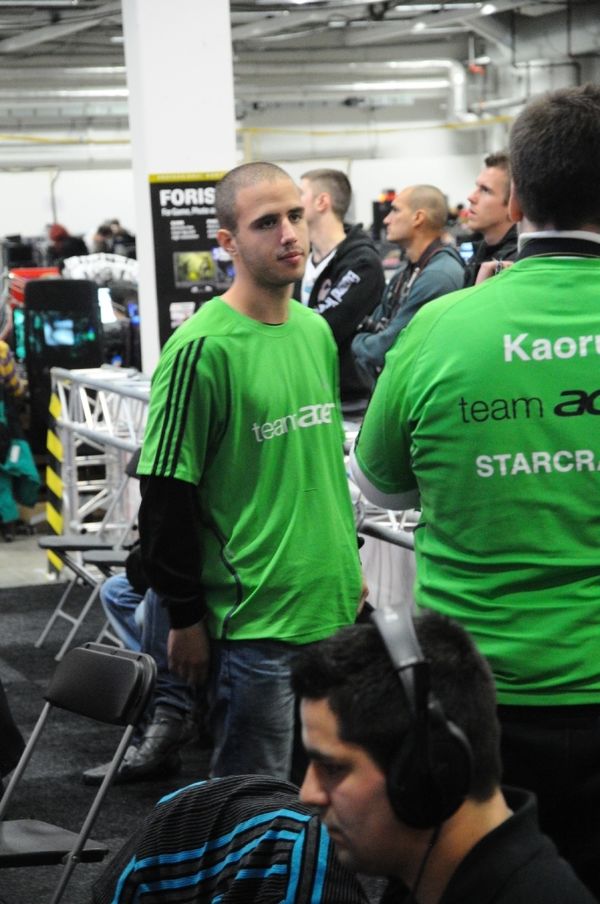 Dror "Osho" Evron is a former a professional StarCraft II and former Warcraft3 player from Israel. He played Zerg, and was a member of Team Acer at the time of his retirement on February 18, 2012.[1]

With the launch of Wings of Liberty Osho picked up StarCraft II and started playing Zerg. Together with his brother EasyGun he formed one of the best 2v2 teams in Europe at the time, rivaling Empire's Cubert and Aristeo's dominance.[2] Less than two months from his first StarCraft II game Osho entered Europe's top 200 players[3] and Tarson's team RAGE.esports recruited both him and his brother.

With the formation of Team Israel, Osho quickly became its leading player going undefeated in 2010. While practicing mostly on ladder he reached #1 points in Europe in October 25[4] and kept on dominating the Israeli SC2 scene.[5]

RAGE.eSports dissolved at the beginning of December 2010[6] and Osho was quickly recruited by the newly assembled French team StarCraft Legion.[7] With things not working out with StarCraft Legion Osho joined Alien Invasion in January 2011 and quickly produced some impressive results for his latest team.[8]

In March 2011, it was announced that Osho and his team Alien Invasion will be flying to participate in the Copenhagen Games.[9] Later that month Osho qualified to the grand final of the Tt eSports Cup where he finished Top8 after losing to Brat_OK in the quarterfinals.

In April, Osho competed in his first major LAN event and finished Top 8 in the Copenhagen Games after beating Drafter, CupCake, MaNa and losing to MorroW 1-2 in the quarterfinals.[10] In May, Osho won the crown of Israeli Champion after going undefeated and not dropping a single map in the Israeli StarCraft II Open.[11]

In June, Osho traveled to DreamHack Summer 2011 and won the BYOC Qualifier. He was placed in Group G where he finished 4th, managing to take down Jinro 2-1. Later that month Osho left Alien Invasion and joined the newly formed Team Acer.[12]

In August, Osho won the IeSF 2011 Israeli Qualifiers and later in October flew to Korea to participate in the IeSF 2011 World Championship in Andong. He finished 2nd in Pool C and was later eliminated in the Ro16 after losing 1-2 to SoftBall. In September, Osho was invited to Grubby's Starcraft II Series Pro Invitational 2 where he finished 2nd after defeating Seiplo, Welmu, DarKFoRcE and eventually losing 0-3 to Nerchio in the finals. In November Osho flew to Sweden to participate in DreamHack Winter 2011. He was placed in Group B with PuMa, NightEnD and NaRa where he finished 3rd and was eliminated from the tournament.

On February 18, 2012, Osho decided to retire from StarCraft II, citing a general lack of motivation linked to his desire to focus more on other aspects of his life outside of electronic sports as the reasons behind his retirement.[1]