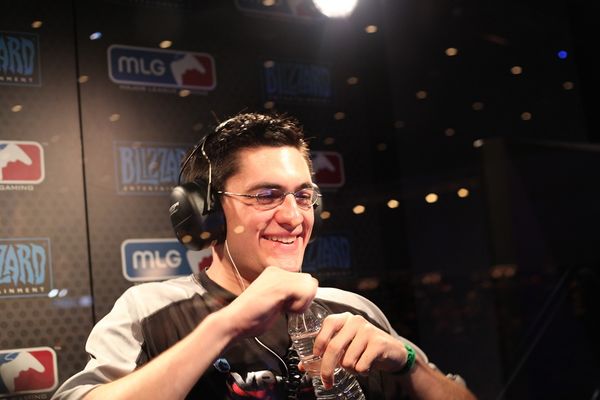 PainUser was successful in the StarCraft II beta and transitioned into becoming a top-level Terran post-release, often thought to be one of the top five Terran players in North America. He has a background in first-person shooter games. He playstyle favors macromanagement and mechanical unit compositions, and was often featured by his close friend HDstarcraft in his casts. PainUser has also given talks at Google about StarCraft II and e-Sports along with HDstarcraft.[1]

PainUser performed fairly well in the first MLG event in Raleigh, defeating many well-known players en route to a 17th place finish. In MLG D.C. PainUser was immediately pushed into the Loser's Bracket after losing 2-1 to TorcH in the first round. He subsequently went on a very strong run through this bracket defeating opponents such as Ret and White-Ra before falling to Drewbie 2-1 in the 6th round. This feat would be overshadowed only by SeleCT's journey which took him through 11 different matches over PainUser's 7.

Seeded quite highly for the national championships in Dallas but receiving little attention, PainUser went on another extraordinary run, this time through the winner's bracket, dispatching Team Liquid members Nazgul, TLO, and Tyler (twice) before being eliminated by losses to Jinro and TT1 for a very respectable 3rd place finish and $2500 in prize money. PainUser also won the First Green Forest Tournament.

In early 2011, PainUser has been co-casting the HD World Tournament[2] and has also been announced as one of the casters for the IGN ProLeague.

PainUser was a player for Lazarus Gaming before it disbanded in May 2011.

PainUser was one of the 50 participants invited to complete in the North American Starleague, but he has since decided to quit the league, as his real life responsibilities have taken over his free time. As of June 5, 2011, he has resigned from the NASL, a decision that attracted much controversy from the community.[3]

With the release of Heart of the Swarm, Painuser has resumed playing a lot, streaming for many hours each day. He hopes to cast Heart of the Swarm events and has stated on his stream he is thinking of trying to come back as a player again.