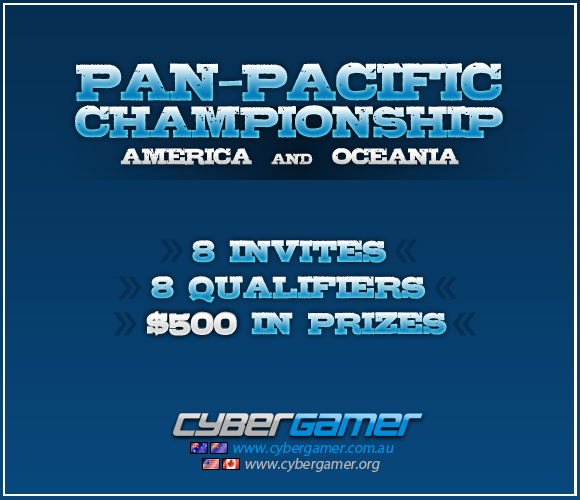 The Pan-Pacific Championship is a hybrid invitational/qualification tournament for StarCraft II: Wings of Liberty. In this event North American players face Australia and New Zealand players. After playing together in nearly every Blizzard game the friendly rivalries were dampened somewhat when the Oceania players were relegated to the SEA server but now with NA server access the rivalries can be realised. This is part Invitational part Qualifier event with a US$500 prizepool. There will be live coverage of the 16-player finals and possibly of select qualifier finals.