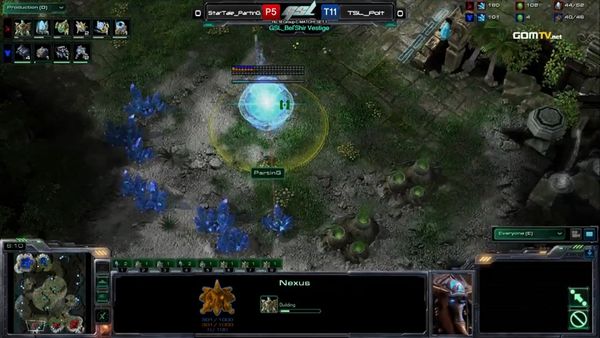 PartinG's Fast 3 Nexus build is an opening used against Terran that was popularized by PartinG. It focuses on economy, sacrificing both tech and army in the early game to develop a greatly increased income that will eventually make up for those deficits. This makes it a strong build on big maps such as Daybreak, where rush distances are long and counter-attacks aren't as effective.

There are multiple follow-ups to this opening, the most popular being an 8 Gateway timing attack. The advantage of doing this particular Gateway push is that unlike more common Gateway all-ins from 2 bases, you will be able to improve both your economy and technology whilst also pressuring your opponent at the same time as attacking.

Other follow-ups to PartinG's Fast 3 Nexus build include Twilight Council or Robotics Facility transitions, which are safer against Terran aggression (such as Cloaked Banshees) but aren't able to put as much pressure onto the Terran opponent. This particular article will be dedicated to the 8 Gate Push transition.

When using this build, PartinG likes to scout later than usual, normally using the Probe that builds his expansion. It lets him get a slightly better economy, thus letting him build the Nexus slightly faster. If you scout this way, you should check:

To be safer, you can do a more regular Gateway scout. If you choose to scout this way, it is important to check: 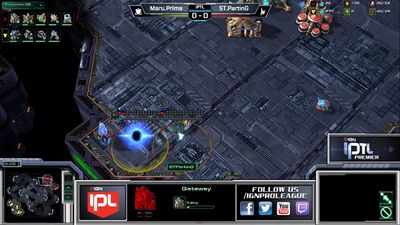 One of the most important steps of this opening is to deny your opponent's scouting. If they can't see what you're doing, they won't be able to change their build towards a stronger economy that will match yours, or towards aggression capable of to punishing your quick expansion.

You will need to position your units to be able to see any scouts coming. On maps like Daybreak or similar, your first Zealot will have to take the Xel'Naga Tower to minimize the amount of paths an SCV could take without being seen. Your first Stalker will need to kill your opponent's scout if it is left in your base and check the path leading to your 3rd base to look for any hidden units or buildings. If you don't find any, you can push further with your first and second Stalker using different paths to spot any pushes by your opponent or any later scouts.

When you push, forcefield any Bunkers so that your opponent can't Repair them. Try to do enough damage to their army to force them to back into their main base whilst trying to kill the highest amount of SCVs possible. When their Stim research finishes, start backing up once you don't have an army advantage or enough Sentry energy left for Forcefields. This is also when you should start to transition by adding either a Twilight Council (for eventual High Templar with Psionic Storm) or a Robotics Facility (for eventual Colossi).

If your push didn't outright kill the Terran, you're going to have to transition into a standard PvT mid-game. There are two options available to you: Twilight Council or Robotics Facility tech. In both cases, you should be adding double Forges in order to quickly upgrade your units.

When Stim finishes, add a Twilight Council, then 2 Assimilators and 2 Forges. At this point, if you produced Probes constantly while attacking as indicated, you should have enough Probes to fully saturate all three of your bases. When the Twilight Council finishes, research Charge first and then Blink, and when the Forges finish start both your Weapon and Armor upgrades. As gas allows, build a Templar Archives and use it to make Archons if your opponent is aggressive. When the game starts stabilizing, you can research Psionic Storm, take a 4th base, and consider transitioning into Colossus.

When Stim finishes, add a Twilight Council, then 2 Assimilators and 2 Forges. At this point, if you produced Probes constantly while attacking as indicated, you should have enough Probes to fully saturate all three of your bases. When the Robotics Facility finishes, add a Robotics Support Bay and produce Observers for map vision, and when the Forges finish start both your Weapon and Armor upgrades. Add Colossi once your Robotics Support Bay is complete, take a 4th base, and consider transitioning into High Templar with Psionic Storm. 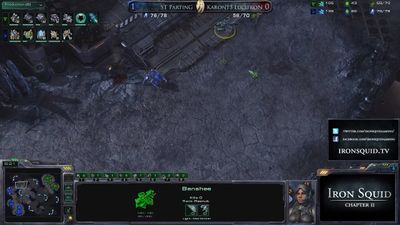 If your opponent opened with Banshees and you didn't realise it sooner, you must start building a Robotics Facility as soon as you scout the first Banshee. This is in case they researched (or are researching) Cloak technology. Make Stalkers defensively to protect your mineral lines and try to take the least amount of economical damage possible.

Whilst this is going on, you should still be pushing your opponent with any other units you can afford. Since they went for a harassment build, they will have less defensive forces than they normally would when your push arrives. This means that your push should at least do economic damage, even if Cloaked Banshees are picking away at your units whilst you attack.

Once your attack is over, you'll have hopefully avoided losing too many Probes, and you can transition to a Colossi follow-up as detailed above. Keep in mind that you have three Nexuses and the Terran will not have three Command Centres, so you can quickly make up small worker disadvantages caused by Banshee harassment.

If you scout that opponent is going for a more aggressive opening such as a 2 Rax Reactor/Tech Lab play, avoid building the 3rd Nexus and add additional Gateways instead. In many ways, you'll be transitioning into a build similar to MC's |Gateway Pressure build, where you get additional Gateways and units before still adding a fast third Nexus.