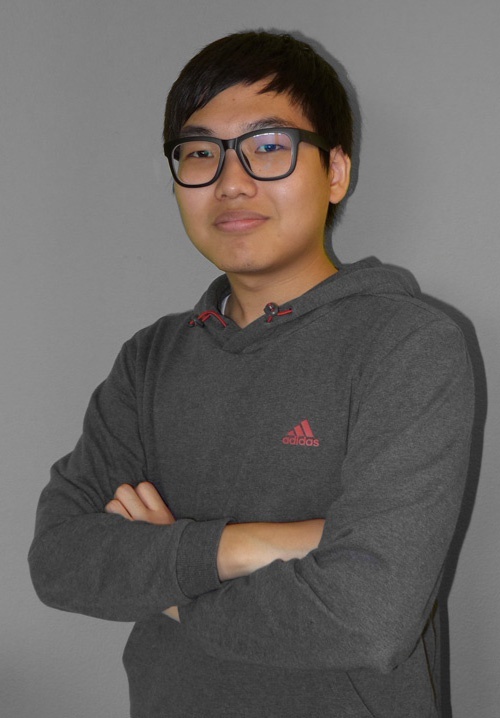 He is currently serving his military duty.

He was formerly known as "Lucy".

Patience tried to get a spot in 2012 GSL Season 4 Code A. He made it to the final set of the qualifier by defeating reQuiem, Sharp and Ready, but then lost to Dream.

Patience participated in the 2013 DreamHack Open Winter Online Qualifiers, where he beat opponents like Nerchio, Zanster, and Hydra which meant Patience would be participating in 2013 DreamHack Open: Winter. Coming into the event Patience was a relative unknown compared the other players in the event, having only played in the 2013 Global StarCraft II Team League Season 2 for his team AZUBU. Patience was placed in group A where he defeated NaNiwa, HyuN and LucifroN while losing only to TLO which put him in first place in his group advancing him into the Winners Bracket for the playoffs. His first opponent was MMA to whom he lost with a score of 1-2. Patience then tasked with defeating the Champion of the 2013 WCS Global Finals: sOs. In an upset Patience defeated sOs with a 2-0 score. He also defeated his next three opponents, the Terran players Polt, MMA, and INnoVation. In the losers final his opponent was Life, where he was finally bested by the Zerg player 3-1.

He joined the newly formed team Dead Pixels on November 27, 2014.

In both qualifiers for the 2016 Global StarCraft II League Pre-Season, Patience was eliminated by the Protoss player Dear with a score of 0-2. In the GSL Code A qualifier, he once again lost to Dear (1-2), but this time it was enough for him to qualify as second of his group. In the meantime, Patience was able to win his group in the SSL Season 1 qualifier, notably defeating Terran players INnoVation and FanTaSy 2-0.

In Code A, Patience failed to qualify for Code S as he lost his series against TY 1-3. However, in the SSL Main Event, he won 2-1 against the GSL Pre-Season Week 1 winner herO in the first round. In the next round, Patience faced another Protoss in Stats. This time, he was defeated 1-3 and knocked down to the lower bracket. In the lower bracket, Patience defeated soO with a score of 2-1 after losing the first game, then Classic, the 2015 SSL Season 2 champion, winning the series 3-2 after being down 0-2. In the fourth round of the lower bracket, Patience did not need a comeback as he defeated the Zerg player RagnaroK with an efficient use of Phoenixes. In the last game of the series, the flying units were used to harass by killing dozens of Overlords and Drones, but also in main fights by lifting Ravagers and Lurkers.

Patience then faced once again Stats, the player who defeated him in the upper bracket, in the losers' semifinals. In a quick match, which lasted less than one hour, he got outplayed and lost 0-4, thus ending his run with the fourth place in the SSL 2016 Season 1. He took home more than $7,500 and 1,800 WCS KR Points, along with the seed for the SSL 2016 Season 2.

On March 16, 2016, Patience left Dead Pixels, after recent changes hindered his ability to participate in foreign tournaments. The announcement of his leaving also mentioned his desired to participate in Proleague.[6] Two weeks later, it was announced he had joined the Afreeca Freecs,[7] and they began fielding him for Proleague in Round 2.

In April, 2016, Patience qualified for Ro4 of the WCA 2016 Asia Spring Qualifier by beating Symbol 3-1. In May, he traveled to China for the offline playoffs where he took down GuMiho (2-1) and ByuN (3-1) winning his first major tournament.