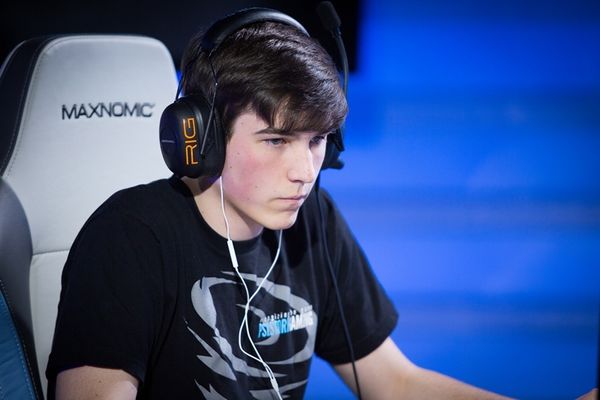 Phog also has a lot of online tournament experiences with the most memorable one being able to reach the Zotac Cup #90 finals, and eventually losing to fellow teammate HyuN.

During this run he was able to beat some big names such as Tefel and TAiLS.

He is currently top GM in the NA ladder.

Following his MLG Anaheim 2013 run, he was promoted to Quantic Gaming's main team from the academy, the first player to do so.[1]

Phog competed in MLG Dallas 2012 and was able to reach the round of 61+. This was Phog's first ever offline tournament.

Phog had an impressive MLG Anaheim 2013 run. He was able to finish 17-24th in this tournament, and during his run he was able to beat notable players such as Spanishiwa and theognis before falling to Jaedong in the winners bracket and TheStC in the loser's bracket.

Phog played in the 2013 MLG Summer Invite, and was eliminated in the first round by HuK.

Phog had a great run in the 2014 MLG Anaheim bracket. He made it into Winners Round 3 before falling to ThorZain and down to the Losers Bracket. There he would go on to defeat iNcontroL and ElhayM before falling to SaroVati 2-1 giving him an overall placing of 45th - 60th.