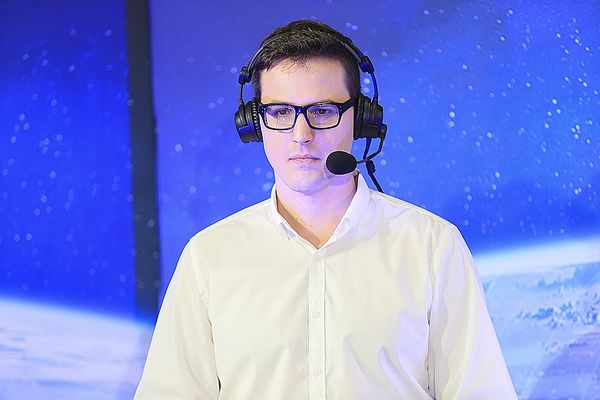 Jared "PiG" Krensel (born December 11, 1988) is an Australian commentator who is currently working for Team Exile5.

Jared "PiG" Krensel is a Zerg player from Australia, living in Sydney. He played Warcraft III casually before StarCraft II without any history in competitive gaming. He is known for his recent improvement in all matchups and playstyles since deciding to play full-time with Tt eSports.

In his personal life, PiG studied Media Communication at the University of Sydney but is currently delaying his degree to focus on pro gaming.

His first tournament was a Cityhunter anniversary offline festival in July/August 2010, and soon after played a 2v2 tournament with his brother in which the pair took out the all-star team of mOOnGLaDe and Herbz in the group stages. After that he excelled with a few top3 placings at local Sydney LAN tournaments. Also on road to improvement, PiG took 3rd place in an NA ESL tournament as he massed tournaments on the NA server for practice.

PiG finished in third place at the Australian WCG National Finals in October 2011, despite falling to the lower bracket in the first round.

PiG would qualify for IEM Season VII - Singapore due to his top place finish in the SEA Qualifier.

Travelling to Singapore he would be knocked out in the group stage, winning two games against VortiX and Yekke, but losing to MC, HasuObs and MaFia.

From August 10 to August 11, 2012, PiG participated in the World Championship Series 2012 Australia. PiG defeated Ninja, EdgE, tgun, and mOOnGlaDe in order to advance in to the finals. In the finals, PiG faced mOOnGlaDe once more. After defeating him by a score of 1-2, 2-0, PiG grabbed first place. He was less successful the following day at the World Championship Series Oceania event. He defeated JazBas 2-0 in the first round, but was then defeated by mOOnGLaDe 0-2 and in the loser's bracket by Light 0-2, ending his run.

On September 20, 2013, PiG attempted to qualify for the WCS America Challenger League, but failed this first qualifier by losing to Jig in the finals.

On September 28, 2013, PiG attempted during this second qualifier to qualify for Challenger League again, but lost to Guitarcheese in the semifinals, thus ending his attempts to qualify for WCS America Challenger for season 3.