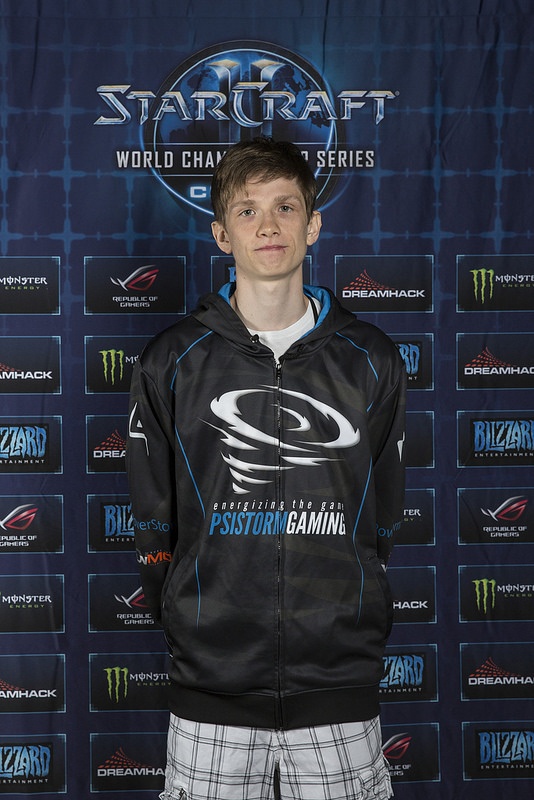 Pavel "PiLiPiLi" Pilipenko (born May 11, 1996) is an American/Kazakhstani Protoss player who is currently playing for Genesis Gaming.

He was born in Kazakhstan but on January 9, 2019 he renounced to his nationality, as requested by his origin country's laws, to be naturalized as an American citizen.

Pavel "PiLiPiLi" Pilipenko was born in May 1996 in Almaty City, in Kazahstan. He lived in Kazahstan for 17 years before getting his green card and moving to the United States in 2013. PiLiPiLi has always been interested in gaming and have played games like Dota, Counter-Strike, and StarCraft: Brood War since he was 5 years old. He picked up StarCraft 2 with the release of the Heart of the Swarm.

PiLiPiLi was first known for his stream where he would showcase his ladder games on the grandmasters ladder while commentating and interacting with the chat. After quite a few decent runs in online cups, PiLiPiLi have finally qualified for 2015 WCS Season 2 Challenger, in the third qualifier, beating Semper 2-0 in the Ro16 and Scarlett 2-0 in the Semifinals. He was not able to advance to the Premier League with the 0-3 loss to Kane. Despite not many tournament results beside few decent runs in small online events, at the end of Heart Of the Swarm PiLiPiLi was already considered one of the top players in North America.

At the beginning of Legacy of the Void, PiLiPiLi decided to take a pause with streaming to focus on his career as a professional gamer. In 2016, he has attended his first premier WCS event WCS Winter in Poland, Katowice where he lost in Ro32 to MaNa 1-3. After that he has managed to qualify for each WCS NA Challenger and placed decently high in each one of them. Throughout the year he has attended 2016 DH Austin where he fought his way to the Ro32 before losing to Polt, qualified for WCS Summer in Canada, and has won his first LAN at the PSISTORM Cup 2 in Washington D.C. without dropping a single map in play-offs. PiLiPiLi has also qualified for Ro16 of IEM Shanghai but unfortunately could not have attended the event due to visa issues and was replaced by uThermal who later became the champion. At the end of the year, representing Kazakhstan, he has qualified for WESG in Korea where he placed in the top 6, securing himself the spot at the finals in China which he couldn't attend due to visa issues once again. At the start of 2017, PiLiPiLi went to IEM Katowice where he made a huge upset making it into the Ro24 by beating SortOf, Dayshi, and Elazer in the qualifying match. He then almost made it out of the group stages with the wins over TRUE and Nerchio, but losses to Patience, Zest, and Serral did not allow him to advance. After that, PiLiPiLi has continued showing strong performance and placed 2nd in WCS NA Challenger which secured him a paid spot at the 2017 DH Austin. At the event itself, he hasn't managed to make it out of his group with the losses to Cham and Namshar. PiLiPiLi has become one of the strongest players in North America and is constantly showing strong performance in tournaments, showmatches, and on ladder.