Planetary Fortress (Legacy of the Void)

This article covers the current multiplayer version of this building. For another version see Planetary Fortress (Wings of Liberty and Heart of the Swarm). 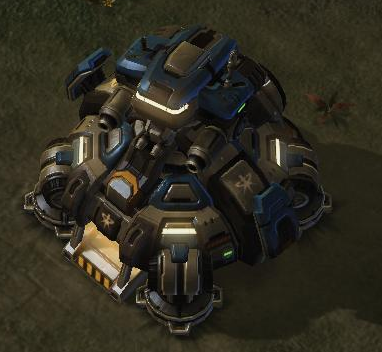 Compared to the usage of Orbitals, the requirement for an Engineering Bay and the extra gas cost means they are not typically used at expansions until the late game. However, the Planetary Fortress Rush has also been employed in some cheese strategies[1], such as in DiggitySCs' wildly famous 1000th commentary video [2]. TheLittleOne often used Planetary Fortresses as static defenses towards the end of his games when he was high on resources. This was before he switched to Zerg in October of 2010.