This article covers the current multiplayer version of this structure. For another version see Point Defense Drone (Wings of Liberty and Heart of the Swarm). 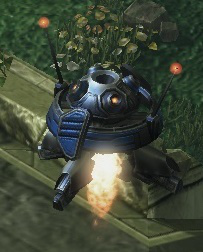 The Point Defense Drone (or PDD for short) was a light-air Terran unit removed in the 4.0.0 patch, it is deployed by a Raven at the cost of 100 energy. The Drone is immobile and cannot attack, but will negate specific enemy projectiles near itself, protecting allied units. The Drone spawns with 200 energy, which allows for up to 20 attacks to be negated. Point Defense Drones can be constructed within 3 range of their host Raven. Once deployed, the Raven can leave the area, and the Drone will remain for its 14-second duration. 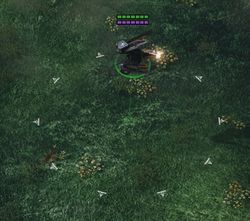 This spell is the core of the Point Defense Drone. It fires a bright red laser from the PDD, burning the enemy projectiles out of the sky. It can only activate if the PDD has energy.

In addition to its increased protective range for friendly units, Hi-Sec Auto Tracking also provides improved survivability for the PDD. The 9 range allows the PDD to be placed farther behind the Terran Army, making it easier to keep it out of harm's way.

The additional armor is generally not researched if the Terran player intends to use Ravens primarily for PDDs. It provides marginal benefit for PDD usage at the cost of additional gas on an already gas-heavy build (Each Raven costs 200 gas). 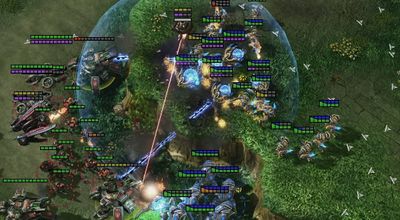 A Terran player's defensive placement of Point Defense Drones allows his Ravens to withstand the enemy's Viking assault, negating all of their damage. 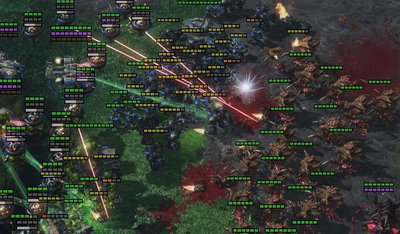 A Terran Player defends against the Hydralisk onslaught by supporting his Bio-Mech army with Point Defense Drones.