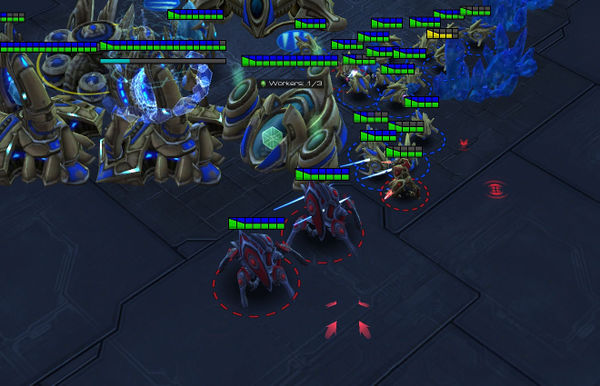 A powerful cheese build in PvP that proxies two Gateways and a Cybernetics Core near the opponent's base so that one Zealot and two Stalkers will arrive at the opponent's base much faster than they should have units to deal with them. This makes loss of Probes inevitable without exceptional micro. Against opponent's who don't manage to scout that this build is coming, it's highly unlikely that they'll be able to properly defend.

This all-in is for the most part played blindly, with no intention of deviating regardless of what the opponent may be doing. The Probe that builds the proxy should only scout after the Cybernetics Core has been placed.

This build only works maps with two spawning locations (or 4 player maps with fixed spawn locations), as you must know where the opponent's base is from the start. Ideal maps from the ladder include Heavy Rain, Polar Night, Yeonsu, Daedalus Point and Habitation Station.