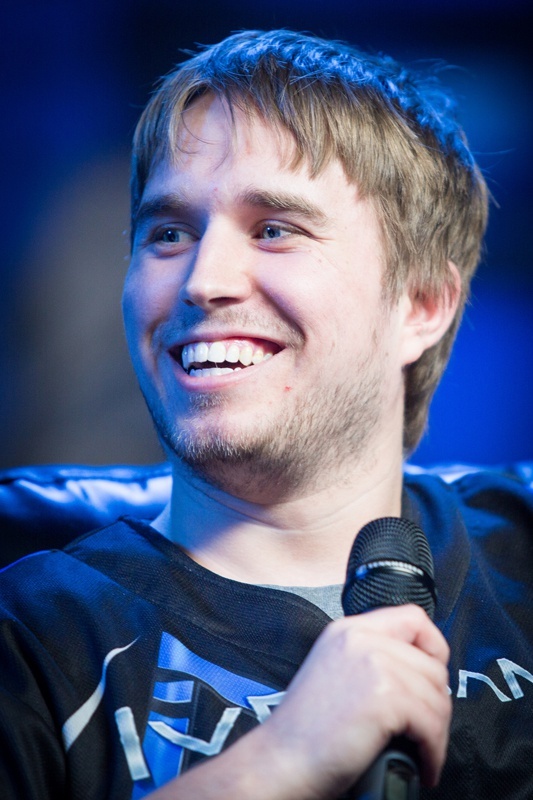 On April 11, 2012, puCK and Fitzyhere competed against each other in a BO21 showmatch to find out which of them would become part of ROOT Gaming's roster. After a hard fought battle puCK emerged victorious with a 11-8 score and joined ROOT's roster. As it happens ROOT accepted both Fitzyhere and puCK to their roster. On October 16, 2012, ROOT Gaming announced that puCK would be leaving the team to focus on personal issues.[1] A month later, puCK re-joined the team.[2]

At IGN ProLeague Season 5, puCK participated in the main event starting on November 29, 2012. After defeating the Polish Zerg Nerchio, she was defeated by Creator and sent to the Loser's Bracket. puCK defeated another notable foreigner and teammate in Drewbie before falling to another Korean BBoongBBoong.

In WCS America 2013 Season 1, puCK was one of two players, alongside DeMusliM, to qualify for Premier League through the Challenger League qualifier and bracket stages. This included a 2-0 victory over Suppy, the best performing American in Season 1.

puCK played in the Acer TeamStory Cup Season 1 starting on March 27, 2013, as a member of ROOT Gaming. puCK was fairly successful in PvT and PvZ, going 3-0 and 3-1, respectively, but had an abysmal 0-6 record against Protoss for a subpar total score of 6-7.

In the Round of 32 of WCS America 2013 Season 2 Premier League, puCK seized a 2-1 win over MacSed before suffering consecutive 1-2 losses to Jaedong in the winner's match and MacSed in the final match. Against MacSed, puCK favored quick Blink research, which was read by her opponent and exploited with early aggression and quick Dark Templar tech. After falling to Challenger League, puCK defeated HyuN, who had just won 2013 DreamHack Open Valencia, but lost to Neeb 0-2, despite having defeated her the previous season. In the group stage, puCK advanced to Premier League for Season 3 by defeating mOOnGLaDe 2-1 and 2-0.

In the final season of the 2013 WCS America, puCK was placed in a group with teammate Minigun, CranK, and Scarlett. After falling to Scarlett 1-2, puCK defeated Minigun 2-1 to face CranK in the final match. In the third game of the match, puCK fell victim to an unusual Stargate into Dark Templar build to fall out of the tournament in the Round of 32. In Challenger League, puCK defeated JonSnow 2-1, received a walkover past Revival, and defeated HuK 2-1.

Based on her performance in the previous WCS season, puCK received a spot in the WCS America 2014 Season 1 Challenger League matches. On January 22, 2014, she defeated the Taiwanese player Ian 3-1 to qualify for Premier League. On March 12, 2014, played her Premier League group with SeleCT, MacSed, and Sen. She won against SeleCT 2-0 using Oracle openers effectively both games. She then lost 1-2 to MacSed after playing two drawn out games against the Chinese Protoss player. In her final match, puCK defeated Sen 2-0, including a game where she killed over 160 of her opponents Roaches. With a 2-1 match score in the group, puCK advanced to the live Round of 16 portion of WCS America which, due to the end of NASL's StarCraft II involvement, took place in Cologne, Germany.

puCK's WCS America 2014 Season 1 Premier League Round of 16 match took place on April 5, 2014. After losing the first game of her match against HyuN, she came back to win the match 2-1. She faced Oz in the winner's match and narrowly lost 1-2 to fall to the final match, where she again faced HyuN. Unable to win a second time, she lost 0-2 to drop out of the season.

puCK qualified for the 2014 Red Bull Battle Grounds: North America on June 16 after winning the first qualifier and defeating viOLet in the finals of that qualifier. The tournament format was unusual in that each player in turn was allowed to challenge one of the remaining competitors and remained in the tournament until they had lost three matches. puCK began the tournament selecting viOLet as her opponent, but ended up losing the match 0-2. She was then challenged in each of the next five matches, where she defeated Scarlett, viOLet, and MajOr, and lost to HuK and Polt. He was therefore eliminated on the first day, and thus despite a 3-3 record, which was tied for second best at the event, received no prize money.

The following weekend on June 20, puCK competed at the 2014 MLG Anaheim tournament, where she was seeded into the pools after qualifying in the second online open qualifier. She had a 2-5 match score in the pool, including a victory over Incredible Miracle's Trap, and was subsequently eliminated in the Loser's Bracket 0-2 by KeeN.