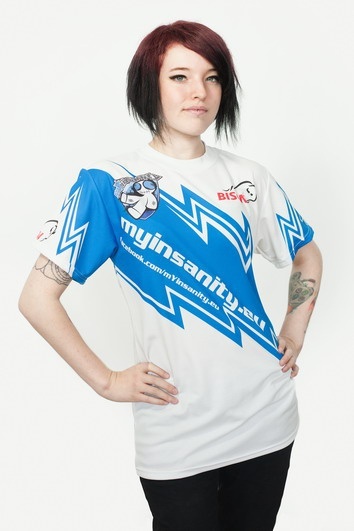 QueenE originally started out as very low-level player, without having any prior experience in competition, RTS genre or StarCraft: Brood War around May 2012, shortly after Dreamhack in Stockholm of the same year, which she claims to inspire and motivate her to play. Her debut at a major live event was 2013 DreamHack Open Stockholm on April 26, 2013. She notably faced XlorD and Strelok, however she fell to both of them, making it impossible for QueenE to advance to second group stage and thus she was eliminated from the tournament.

On May 25, shortly after her Dreamhack Stockholm appearance, QueenE was scouted and picked up by team mYinsanity, joining them as part of their B team.[1]

On June 15, QueenE participated at 2013 DreamHack Open Summer, being seeded into group consisting of Stephano, HoBbe and Fade. Her first match against Stephano ended in favor of the French Zerg, and she fell 0-2. While she proceeded to have rather close games with the Terran Fade she was unable to defeat her opponent. As such, QueenE was eliminated from Dreamhack early again.

On August 31, 2013, QueenE played against MaddeLisk in the IeSF 2013 World Championship Swedish Finals to determine who would represent Sweden in the main Heart of the Swarm tournament. She fell 0-3 to her more experienced opponent, who employed aggressive Roach-Ling attacks to prevent the third of QueenE as well as a proxy Hatchery in game 2 to block the natural expansion.

QueenE faced MaddeLisk again in the IeSF 2014 World Championship Swedish qualifiers on September 13, 2014. This time QueenE was able to prevail with a 4-1 score to qualify for the championship in Azerbaijan. This was QueenE's first win against MaddeLisk in a tournament match.[2]