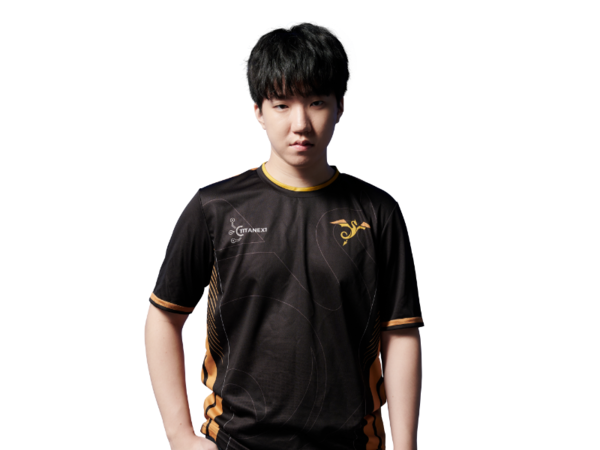 RagnaroK played for the amateur South Korean clan ReX before transferring to Team SCV Life in July 2011. On January 3, 2013 he would be left teamless following TSL disbanding.[1]

On January 26, RagnaroK announced via Twitter that he has joined LG-IM.[2]

RagnaroK played for Team SCV Life in the IPL Team Arena Challenge 2. In the match vs Reign he defeated Artist, inori and giX before losing to SLush. He also played in the match vs StarTale but lost to AcE in the 4th set.

RagnaroK has repeatedly tried to qualify for GSL Code A but was for a long time unsuccessful. In the 2011 GSL October Preliminaries he lost 2-1 to SUPERSTAR in the Ro 8. In the November Preliminaries RagnaroK was eliminated in the Ro 4 by Alicia. In 2012, RagnaroK narrowly missed out on qualifying for Code A in the 2012 GSL Season 1 preliminaries. He lost to Jjun in the group finals stage after beating FruitDealer. In the Season 2 Preliminaries he made it to the Ro 4 where he lost 2-0 to True.

RagnaroK would finally qualify for Code A through the Season 4 Preliminaries. He defeated Soulkey, Movie, and Sound without dropping a game. However, RagnaroK lost to Ryung 0-2 in the Round of 48, falling straight out of Code A.

He was sent out in GSTL Season 3 against FXO in the Winners Match of Round 2. He beat Choya, asd, TheBest, and Tear before losing to GuMiho.

On April 27, 2012, RagnaroK participated in the EWM Season 2 Week 5. RagnaroK took down Ricgoon, KingKong, received a BYE in the third round, then CranK, and Galaxy to advance in to the finals against Life. He wasn't able to advance any further and had to settle for second place after losing to Life by a score of 0-2.

On July 23, 2012, RagnaroK participated in the 2012 South Korea WCS Preliminaries. RagnaroK received a BYE in round one and then took down SuperNova, BBatta, Stork, and faced TAiLS in the finals. He was not able to advance any further as he lost to TAiLS by a score of 1:2 and took 2nd place in his group.

RagnaroK qualified a second time for Code A, although this time in the guise of the Challenger League of the 2013 WCS Season 1 Korea GSL, defeating Puzzle 2-0 in the finals. He then proceeded to beat Sound in the Ro48, Bunny in the Ro32 and GuMiho in the Ro24 – all by the scoreline of 2-0 – in order to qualify for Premier League next season.

In the preseason, RagnaroK was fielded twice for LG-IM, both times as the starting player. In the round of 8 match against Axiom-Acer, RagnaroK defeated Ryung, Heart, and Miya before losing to MMA. In the finals against AZUBU, RagnaroK won against viOLet, but was subsequently defeated by GanZi.

On April 3, 2018, it was announced that RagnaroK joined PSISTORM Gaming.[5]