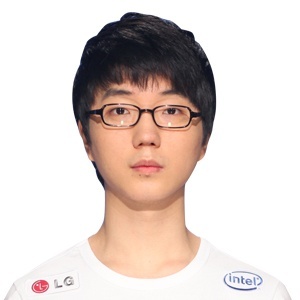 Moon "Ready" Jin Hyun is a Protoss player from South Korea, who is currently retired.

Ready qualified for the 2011 GSL May Code A. He won over his first opponent GanZi 2-1 in the Round of 32 and secured his Code A slot for the next season. In the Round of 16 Ready lost to Bomber 2-0 and did not manage to qualify for the Up&Down matches.

In the 2011 GSL July Code A Ready lost to Dream in the Round of 32 and was eliminated from the tournament.

Ready tried to qualify for the next GSL tournaments, his closest attempt was in September where he made it to the Final of the 2011 GSL July October Preliminaries where he lost to jookTo.

Ten months after his elimination from the July 2011 tournament, Ready defeated Moon in the semifinals and Min in the finals of the 2012 GSL Season 3 Preliminaries, qualifying for that season's Code A competition.

Ready made his debut for the team Incredible Miracle in the 2012 GSTL Season 1 in the match vs StarTaleQ where he lost to Squirtle.