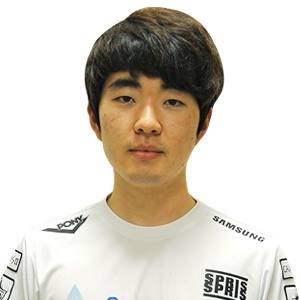 Whilst Reality hasn't done a huge amount in individual leagues for Starcraft 2, he has been a solid player for Samsung KHAN in Proleague in 2013. He has been a crucial part of their resurgence in rounds 3 and 4 of Proleague 2012-2013, gaining 6 wins with only 2 losses in round 3.

In the 2012 StarCraft II WCS South Korean Preliminaries, he was able to defeat Heart 2-1 to win his Group, qualifying him for the World Championship Series: South Korea Nationals. Along the way, he defeated the Zerg power house Symbol 2-0 as well as Shine 2-0. Reality was the only KeSPA player to qualify for the 2012 WCS South Korean Nationals through the preliminaries, and one of only two to go through the first round, in his case defeating YugiOh 2-0 (RorO - a fellow

Samsung KHAN player - was the other).

In the early months of Heart of the Swarm Reality did not participate in many individual tournaments, instead opting to focus on the Proleague. He plays regularly for Samsung Khan and has scored wins against players such as TY, Trap, and Flash.

On June 26, 2013 Reality entered the WCS Korea Season 2 Qualifier. He was placed in Group G of the Evening Session. After receiving a BYE in the first round he was able to beat 이원주, Supreme, and Zest 2-0, qualifying himself for the Challenger League without dropping a map.

On July 10, 2013 Reality participated in the KeSPA Cup of the IEM Season VIII Shanghai Asian Qualifier. He was placed in Group D. There he beat Fake, Action, Hydra, and eMotion to move on to Stage 2 of the qualifiers.

After dropping out of Code A and requalifying twice in a row, Reality made it back into 2014 GSL Code S in Season 3, looking very strong as he takes out herO and Super, only dropping a match to sOs. Being back in Code S for the first time in over a year, Reality, although being the underdog, placed once again second behind Maru in his group. In the Round of 16 however, he was eliminated in last place, dropping matches to Soulkey and Cure.