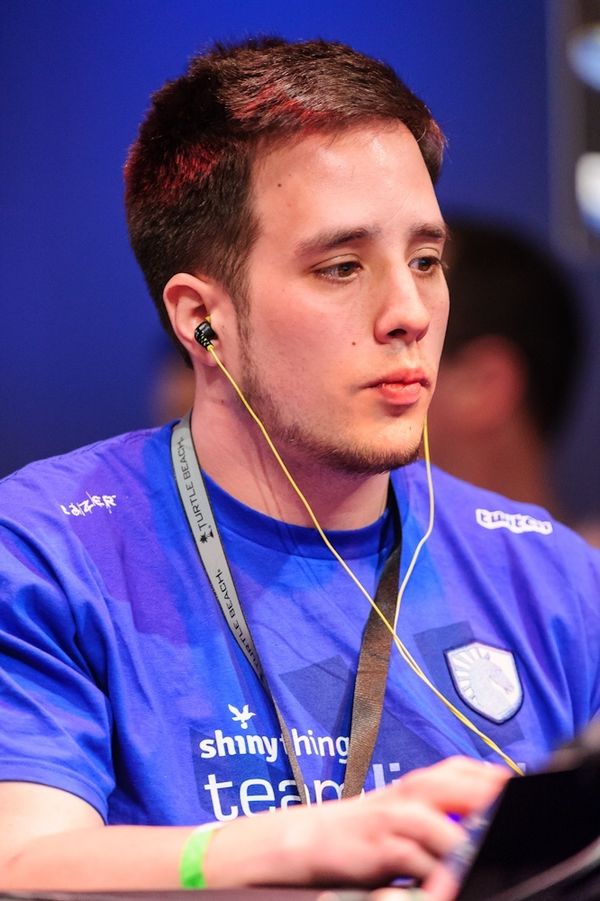 He lived in the oGs & Team Liquid team house in Incheon, South Korea for 4 months. He resided there from October 2010,[1] but returned to the Netherlands in March 2011 where he continues to live currently.[2]

Ret can only be described in one way: a macro Zerg. His monstrous macro overwhelms opponents with units, creep, tech and superior economies. Ret often establishes a large economic advantage by cutting corners defensively in the early game, which often gives him an economic edge in the mid- to late game. He is well known for quickly building a high drone count and opting to create Drones instead of units even when it seems unwise to others. This is a double-edged sword in that sometimes he has over Droned and lost games causing instability in Ret's tournament results.

During his years playing Brood War, Ret was on some of the best foreigner Brood War teams including: ESC, ToT, and [Media]. In fall of 2009, Ret chose to move to Korea after being invited by the professional South Korean team eSTRO to take a shot at being a SC1 progamer. In early 2010, Ret moved back to the Netherlands and shortly after joined the professional e-sports team LLL - Low Land Lions where he continued playing Brood War casually. He took a break from professional gaming after leaving Korea. He played the StarCraft II beta only for a short period of time. He returned to the pro-scene in September 2010 joining Team Liquid and moving to Korea for the second time two month later. He lived in the oGs & Team Liquid team house in Incheon while participating in the GOM TV Global Starcraft II League. He is now living in the Netherlands.

Ret did not participate in any larger StarCraft II beta tournament. Yet, he participated in the SC2 Liquibition #1 showmatch series in March 2010. He played against the German player, Patrick "iNfeRnaL" Möller,[3] beating him 4-2 in a Bo7 series. Although Ret had some success during the closed beta period of StarCraft II, he was largely inactive and rarely seen. He attributed his lack of presence to a loss of interest in video games after having returned from Korea and leaving eSTRO. Only after visiting IEM Global Challenge Cologne (Gamescom) as a spectator in August 2010, he felt that it was time for him to come back, stating later "...after Gamescom and seeing all my old buddies do so well and watching some high level SC2 from up close, I started to itch again."

Joseph started out behind, he did not play at all until one month after Wings of Liberty's release. Though, thanks in part to his past experience in Brood War and determination to succeed at a professional level again, Ret did catch up with his competitors incredibly quickly. In September 2010, after only one month of practice he felt in good enough shape to accept his invitation to join the prestigious Team Liquid.[4]

In November 2010, Ret qualified for GSL Season 3, reaching the round of 32 before being beaten 1-2 by TheBestfOu. For the next season, Ret was tied for one of the last remaining Code A spots, and participated in a tie-breaker tournament.[5] He was in the top 4 of his group, tying FreeSaGa with a total score of 2-3. The tie was resolved by who had defeated the other in the tiebreaker tournament and so: Ret advanced to Code A.

Ret participated in the January Code A tournament in 2011, but was defeated 1-2 by Cezanne in Ro32. Ret was then invited to be one of the four foreigners to compete in the March Code A tournament, alongside HuK, mOOnGLaDe, and HayprO. Ret would be taken out once again at the Round of 32, this time by MMA. After being unable to advance, Ret announced his return to the Netherlands, citing a greater number of opportunities and tournaments to play in outside Korea.

In between GSLs, Ret would post his first major result in StarCraft II by winning the Europe tournament SteelSeries StarCraft II Challenge during Assembly Winter 2011. Triumphing over MorroW in the finals in February, 2011. Ret was later asked to participate as one of the Zerg invitees to play in TSL3 in March where he faced the Swedish player NaNiwa in the first round, narrowly being knocked out 1-2.

Since then, Ret has been a mainstay in the foreign scene. He would be chosen for the first season of the NASL, there he took the top spot in his division over players that included MC. His 16-4 record would be enough to secure the first overall seed out of the 50 players. In the opening round of the grand finals he lost to the eventual champion, PuMa, 0-2 in a very short series.[6] In the NASL's second season Ret would continue to display strong performance. He was placed into Division 4, against powerhouses like Sen and SeleCT among many others where he would finish with a 5-2 score, meaning that he would advance to the play-off bracket. Ret would fall 1-2 to TT1 in the finals of that bracket, eliminating him for that season. In the following season, Ret showed dominating results in Division 4, topping his bracket alongside Alicia with 6-2 scores. However, Ret fell to DeMusliM in a tie-breaker to advance directly to the Main Event Bracket. In the Ro16 however, Ret would take a 3-2 victory over DeMusliM. He would then crush Puzzle 3-1 in a convincing series in the quarterfinals. In the Bo7 semifinals against Alicia, Ret took an early 2-0 lead over the SlayerS player, but fell 2-4 in close games. For the third place match against MC, Ret was defeated 4-0, albeit with each game being incredibly close and involving Broodlords, Motherships and Carriers. Ret would ultimately take fourth place with a $5,000 prize.

Ret has also continued to travel to America to compete in the 2011 MLG Pro Circuit with Team Liquid. Although he has failed to secure any victories, he has been one of the most consistent top foreign Zerg finishers in tournaments. Ret would finally grab his next major achievement as one of the invites to the 2011 European Battle.net Invitational. He managed to eliminate Tarson, ThorZaIN and NaNiwa to take $10,000 and an invite to BlizzCon.

Ret placed second in his group at MLG Orlando below TheStC and then lost in his first match in the Championship Bracket 2-0 to MC.

Ret played at BlizzCon 2011 where he was knocked out in the first round by TooDming. In the lower bracket, he beat mOOnGLaDe before falling to Sen 1-2 in the next round.

Ret made an appearance at IEM Sao Paulo in January 2012. He made it out of an all-Zerg group, defeating sLivko, Snute, and DakkoN. He defeated DarKFoRcE in the Round of 8 but lost against viOLet 3-1 in the semifinals. He would sweep ReaL 3-0 in his first non-ZvZ set of the tournament to take 3rd place.

Ret would stay relatively quiet throughout 2012 winning some showmatches here and there, but would strike again winning the 7th qualifier for the TSL4, just after reaching the semifinals in some previous qualifiers. During the first round of the tournament however, he was to face Squirtle where in a close series, he lost 2-3.

From February 8 to February 11, 2012, Ret participated in the IEM Season VI Global Challenge Sao Paulo. The tournament started off with group stages. Ret was placed in to Group D with sLivko, Snute, and DakkoN. Ret advanced out of his group with a score of 3-0 and headed in to the playoffs bracket. In the playoffs bracket, Ret defeated DarKFoRcE in order to advance in to the semifinals. He wasn't able to advance any further and fell to the 3rd/4th place match after losing to viOLet by a score of 1-3. He went on to defeat ReaL by a score of 3-0 in the 3rd/4th place match and grabbed third place.

On May 13, 2012, Ret participated in the World Championship Series 2012 Netherlands. After taking down Harstem in the first round, Ret lost to Grubby and fell to the losers bracket. Ret fought his way through the losers bracket, taking down RainMan, Harstem (again), and uThermal to advance to the finals to face Grubby at a chance for revenge. He had to settle for 2nd place as he lost by a score of 0-2.

Heart of The Swarm Replays[edit]