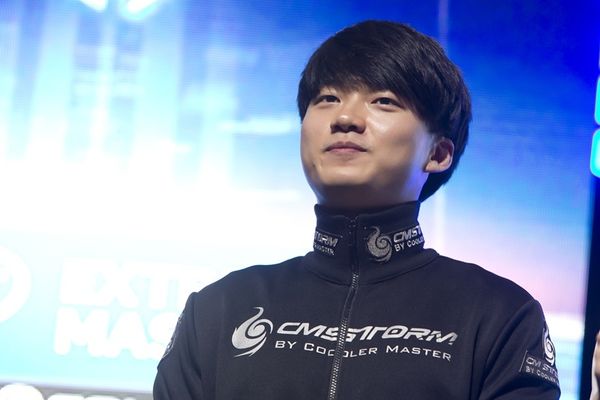 On November 19, 2015, it was announced that Revival would be joining the Korean army.[1]

Revival has only had minimal success in Code A, but that was enough to grant him a spot in the 2011 GSL Super Tournament which was the tournament where he had the most success in the individual leagues of the GSL. He defeated Ensnare and HongUn in his group before falling to MarineKing 2-1 in the round of 16.

Revival has been one of TSL's staple players in GSTL Season 1, where he has been played in three of their matches, defeated TheStC, NaDa and MC in the match versus oGs.

Revival's debut in Code A would be in GSL March where he qualified through the preliminaries. He beat ButterflyEffect in the first round before falling to HuK in the next, retaining his spot in Code A. In the following GSL, he would be defeated by Ryung in the first round, dropping out of Code A. Revival would also play in the GSL October to be defeated in the first round 2-1 by sC. He would once again qualify for Code A for the GSL November, defeating Sound in his group finals, but he was eliminated by KeeN 2-0 in round of 48.

On December 9, 2011, Revival participated in the ESV TV Korean Weekly Season 1 Weekly 16. After taking down Line, HyuN, Sage, and Avenge, he advanced in to the finals to face Symbol. He was not able to advance any further and lost to Symbol by a score of 0-4 and ended up taking second place.

On May 18, 2012, Revival participated in the EWM Season 2 Week 8. Revival took down Hope, finale, True, YangSongE, and Tassadar to advance in to the finals against Lucky. He wasn't able to advance any further and had to settle for second place after losing to Lucky by a score of 1-2.

On July 13, 2012, Revival participated in the EWM Season 3 Week 6. Revival took down GGanDoL, sC, TheBest, and Lure to advance in to the finals against dreamertt. Revival defeated dreamertt by a score of 2-1 and advanced in to the EWM Season 3 Finals where he would have a shot to obtain a Code A seed if he won against the other weekly winners.

Revival played in IEM Season VI - Guangzhou where he placed first in his group winning all three of his games. In the playoffs bracket, he would lose 1-3 to IdrA, ending his run.

On July 24, 2012, Revival participated in the ZOTAC Cup Monthly Final June 2012. He was able to take down Dragon, AlaStOr, Terius, and went straight into the finals to face HyuN. After a fierce match, Revival was not able to take down HyuN and took 2nd place with a score of 2-3.

On November 22, 2012 Revival participated in IEM Season VII - Singapore, replacing Miya who was unable to attend. Winning his group 5-0 (10-3 on maps) he qualified straight to the quarterfinals, where he lost 3:0 to VortiX.

During the WCS America 2013 Season 1 Premier League Qualifiers on April 20, 2013, Revival defeated Fitzyhere, Sage, and DeMusliM to qualify for the main tournament. During the group stages of Premier League, he defeated Americans IdrA, Goswser, Suppy, and Canadian Scarlett to reach the bracket stage. He defeated both Norwegian Snute and teammate aLive 3-1 to reach the finals against EG-TL teammate HerO in the finals, where he fell 2-4.

In the group stage of the Season Final, he defeated the Ukrainian player DIMAGA, but fell to the WCS Korea players INnoVation and RorO to fall out of the tournament.

In the Round of 32 of WCS America 2013 Season 3 Premier League, Revival was defeated by both Sage and Polt and fell down into Challenger League.

In WCS America 2013 Season 3 Challenger League Revival received a walkover in his first match against Ryung but forfeited his second round match against puCK. However, Revival was able to advance from his Challenger League group by defeating JonSnow and SeleCT which gave him enough points to challenge NaNiwa for a spot in the 2013 WCS Global Finals.

Revival played in a special tiebreaker match against NaNiwa for the 16th spot in the Global Finals bracket, due to the fact that the two were Tied in WCS Points for the year. Revival lost the match 3-0 and did not make the Ro16.

Revival qualified for the IEM Season VIII - Shanghai tournament via his WCS Ranking. He defeated the Russian TitaN twice in his Round of 16 group to advance to the bracket stage against Polt. He defeated his Terran opponent 3-2, MC 3-1 in the semifinals, and teammate Oz 4-0 in the grand finals to win his first premier tournament. This qualifed him for the IEM Season VIII World Championship in Katowice.

Revival participated in the 2012-2013 Proleague Season for team EGTL. Revival started play in Round 2 and finished the season with a 8-16 overall record.

Revival was placed into Group C of 2014 WCS America Season 1 Premier League along with HyuN, ByuL, and TheStC. He was able to advance in second place by defeating TheStC and ByuL and advanced to the Round of 16.