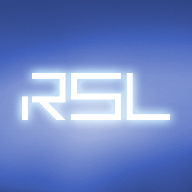 The Rival StarCraft II League was founded in early 2015 by Jake 'Hawkeye' Kohl, the head of media, for Rival Gaming. Currently starting with the first season, the intent is to bring a tournament experience to non-professional StarCraft II players. This invite is offered to players around the world, but games are played primarily on the North America Server. The League recently announced it's new sponsorship for season 2 from BrawL eSports.

The RSL started on 01/08/2016 a Patreon Campaign to help sustain the prize pools on top of sponsorships.