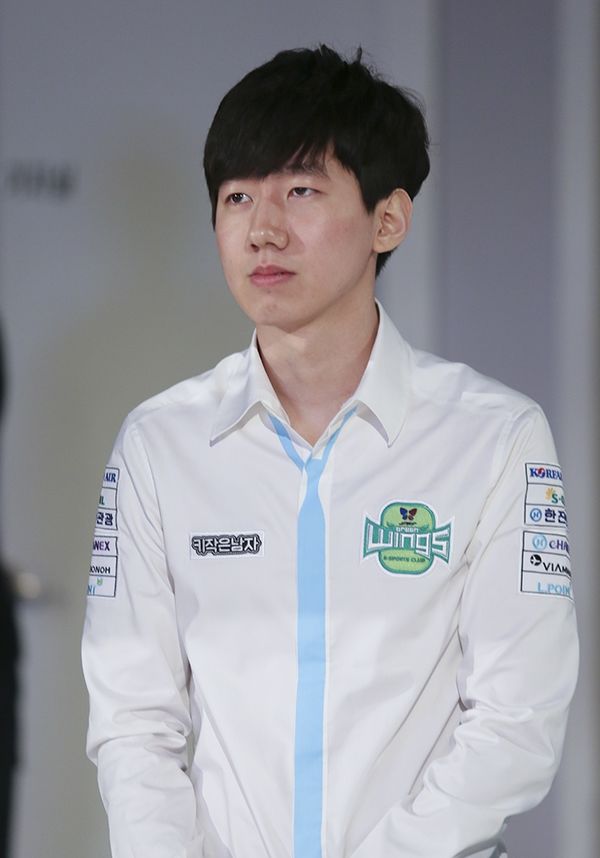 He is formerly known as "Savage". He formerly played as "Ryul2" on the Brood War team Hwaseung Oz.

On July 19, 2012, Savage participated in the 2012 OSL KeSPA Preliminaries. Savage took down ReQuiem, Shine, sOs, and faced hitmaN in the finals. After taking down hitmaN by a score of 2:0, Savage advanced in to the 2012 OSL KeSPA Dual Tournament.

Playing for Jin Air Green Wings, Rogue ended the season with a record of 8-17.

Playing under the ID "Savage", he made Ro32 of Premier and Challenger League in Korea OSL S2, and then made Ro24 in Challenger for Korea GSL Season 3.

Rogue participated in the Code A Season 1 where he managed to get to the Ro48. He placed third in his group with a record of 3-5. In his run he lost to Dark 0-2, then winning against Seed 2-1, but losing to Dark once again 1-2. This would knock him out of GSL Season 1.

He did slightly better in GSL Season 2. This time he placed second in his group and was able to advance. First he defeated Stats 2-1, he then faced RagnaroK and lost 0-2, he had to face Stats once again and beat him with the same score of 2-1. In Code S he was put in a group with Life, Classic and Hydra. This group would prove to be to difficult for Rogue and he gets knocked down in last place going 2-4 overall. Life and Hydra would defeat him 2-1 each.

Rogue made the Ro16 of IEM VIII World Championship qualifying through the online qualifier. He was matched up against Life and lost 1-3.

2015 saw Rogue maintain remarkably consistent results in Korea, making Ro8 in 3 GSLs and 2 SSLs, but was ultimately eliminated in the Ro8 each time. He then capped off the year with a semi-final finish at the 2015 WCS Global Final, losing to eventual champion and teammate sOs. Additionally, he had a 26-14 record in the 2015 Proleague Season, the most wins of any Zerg player that year.

In 2017 Rogue wins the IEM Shanghai against herO 4-1. He also became champion of the GSL Super Tournament 2 where he met for the second time herO and beat him 4-3. But Rogue's success doesn't end here, he won the 2017 WCS Global Finals against SoO 4-2.

He qualified to 2018 WCS Global Finals by winning the prestigious 2018 IEM World Championship against Classic 4-0 albeit consistently locked at the Ro.8 GSL Code S Tournaments in the two seasons afterwards. In his road to grab for another Blizzcon title, Rogue finally conceded defeat to the eventual WCS Global Final's champion, Serral in the semifinal.