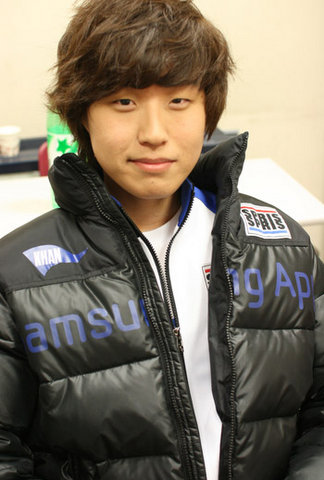 RorO was an A-team Zerg for WeMade FOX in Brood War, often being sent out as the team's ace player, but tending to fare poorly in individual leagues. Following the team's dissolution he moved to Samsung KHAN.

RorO's overall record hovered at almost 50% win-loss throughout his career, with no outstanding or particularly weak matchups, and for this reason he was occasionally referred to as the "Coinflip Zerg" by foreign fans. He was considered by many to be much stronger than his 50% ratio indicated, as a disproportionate number of his games pitted him against the very best player on the opposing team.

As one of the KeSPA invites for the WCS: South Korea Nationals, RorO was matched up against Hack in the first round and become the second KeSPA player to win a match in the tournament. RorO followed that up by defeating Leenock 2-1 in the second round while his teammate Reality fell, therefore becoming the only remaining KeSPA player in the winner's bracket. He fell in the next round with a 1-2 loss to Squirtle, but eventually went on and dispatched Miya, herO, and the defending GSL champion Seed in the lower bracket before falling to Creator to secure fourth place and a seed into the WCS: Asian Championship.

With his success in the hybrid Proleague, RorO was one of the four KeSPA Code A seeds for the 2012 GSL Season 4[2]

RorO played in 2013 Global StarCraft II League Season 1 Code S where he was put into group F with MarineKing, Mvp, and KeeN, RorO advanced in second and be put into the RO16 group D. His group had PartinG, Life and BBoongBBoong in it, he went on to top the group 2-0 in series (4-2 in maps). In the round of 8 he was pitted against MC in which he also won with a very close 3-2 score. The semifinals against TaeJa he won with a 4-1 score putting him against Symbol in the finals. After taking an initial lead against the AZUBU Zerg by winning three games in a row, Symbol fought back and brought the score to 3-2. However, his efforts were not enough, and RorO was able to close out the match in the sixth game with a score of 4-2 to secure the championship. This marks the very first GSL title obtained by a KeSPA player, as well as the end of the Wings of Liberty GSL tournaments.

As the defending GSL champion, RorO placed first in his group in the first Heart of the Swarm GSL season by beating Bomber and Crazy. In round 16, he initially lost a match to Flying, but managed to defeat YoDa to secure a rematch against his fellow KeSPA player, where he managed to take out Flying with a score of 2-1 to end up in second place in his group. During the round of 8, RorO was matched up with INnoVation, and was defeated 0-3. Since Korea had six seeds to give out to top finishers, RorO played PartinG to determine who gets a seed. RorO ended up winning with a score of 3-1, ending off the series with an extremely tense and close game with both players mined out. This means that RorO will be heading to the Season Finals.