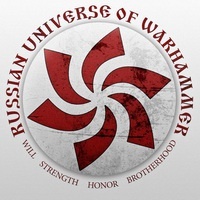 Russian Universe of Warhammer (commonly known as RuW) is a Russian multigaming team that was formed on the 15th April 2005. RuW started off as a Warhammer 40,000: Dawn of War team with players such as FooZ and N1tron that could compete on the highest level on CIS and international scene. With the release of Starcraft 2: Wings of Liberty in 2010, RuW formed a SC2 squad and entered the amateur scene.

The RuW SC2 division is currently divided into the first squad, called "White Legion" which includes Grand Master players on the EU server, and the second squad which consists of Master League players.

RuW has divisions in following games:

Player Roster at the time of Disbandment (unknown)[edit]