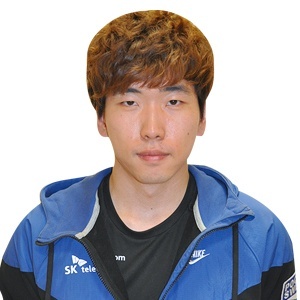 Lee "s2" Seung Seok is a retired StarCraft progamer from South Korea. He played Zerg for team SK Telecom T1 before his retirement.

s2 qualified for Code A in the GSL 2013 Season 1 preliminaries after beating Light in the final of his bracket.

s2 tried to qualify for the 2012 OnGameNet Starleague Season 1 but lost to Canata with a score of 0-2 in the Ro4 of Group J in the KeSPA Preliminaries after winning against hyvaa and Beach with a score of 2-1 and 2-0 respectively in the previous rounds.

s2 tried to qualify for the World Cyber Games 2012 but lost to Sea with a score of 0-2 in the Ro8 of Group 11 in the KeSPA Qualifiers.

s2 tried to qualify for the 2012 StarCraft II World Championship Series but lost to Harrier with a score of 0-2 in the Ro16 of Group B in the South Korean Preliminaries after receiving a BYE in the previous round.