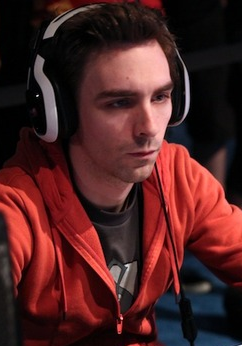 SLush was formerly a Starcraft player, being a member of the x'Ds clan from 1999 before quitting in 2001. Following this, he played Counter-Strike competitively for 5 years, from 2002-2007 for Montreal-based team "Nameless".

As of the 2nd of May, SLush holds a 66-23 (74%) record in Platinum [then the highest league] League Division 10 on the US servers. He commonly plays in team events such as the Triple Strike Team Cup and played for Team Canada in two grudge matches against the US. Other accomplishments include coming 2nd is the casual USA War cup and coming 2nd in the second GosuCoaching Weekly event, after losing to former Brood War pro Tester, from Korea. SLush also ended CauthonLuck's reign of terror in the MLG SC2 KotBH after beating him 4-0 in the 9th event.

SLush was also featured in the GosuCoaching showdowns. In the second event, he was pitted against White-Ra and came out victorious in the Bo9 with a 5-3 score. On May 8, he will play DeMusliM in a similar Bo9[1] SLush was also invited to the TeamLiquid SC2 Invitational 2 which, amidst some early controversy, he went on to win, defeating iNcontroL, Artosis, Louder and finally CauthonLuck to take the $300 prize.

SLush has been most prominent by participating in the MLG Pro Circuit events. His strongest showing would be MLG D.C. where he placed 7th. His cumulative performance over the 3 MLG events made him the highest ranked Zerg player and 9th overall for the 2010 MLG Pro Circuit. On June 12, 2011, ROOT Gaming was acquired by compLexity Gaming. SLush and ex-ROOT teammate KiWiKaKi chose not to participate, instead both joining a newly formed branch of the VT Network, Team ReIGN.[2] In October 2011 he was invited to the RedBull Training Lan where his training matches against Pokebunny were commentated by Day[9].

In MLG Orlando, SLush would be seeded into pool play and end up last, securing only one win against Rain. In the Championship Bracket, he would beat inori before falling to DdoRo 0-2.

On May 15, SLush returned to ROOT Gaming after CatZ announced its rebirth.[3]