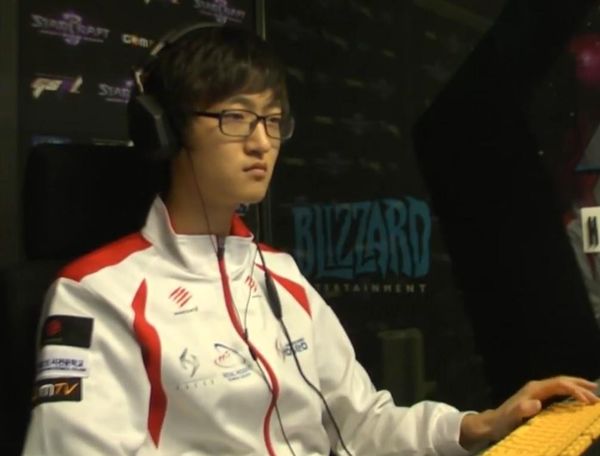 Kim "SSanaEE" Tae Gyun is a Retired South Korean StarCraft progamer. He played as Zerg for New Star HoSeo and SouL and now works as an observer for SPOTV.

On February 18, 2013, SSanaEE played his first televised match in the 2013 Global StarCraft II Team League Preseason in the match vs MVP he won his first game vs Killer before losing in the second set to Dream.

He was left teamless after New Star HoSeo disbanded on July 31, 2013, and was reported to be joining a yet to be announced foreign team.[1] On September 1, 2013, he was revealed as a member of SouL, formerly STX SouL, which was preparing to participate in the 2013 Global StarCraft II Team League Season 2.[2]

SSanaEE qualified for the WCS America 2013 Season 3 Challenger League. In his first match, he lost to the Chinese player Jim to fall into the group stage. He played his group on November 3, 2013, and despite defeating HwangSin 2-0, he lost twice to HuK to take third in the group.

On 1 June 2016 it was announced that SSanaEE would observe the matches of SSL and Proleague for SPOTV from there on.[4]