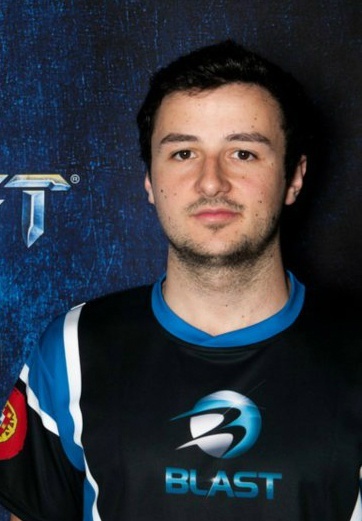 Diogo "sYz" Barbosa is a Zerg player from Portugal, who is currently teamless.

sYz was teamless during the first months of Wings of Liberty, and then joined 3DMAX in December 2010.[1] He stayed in the team until its disband, in May 2011, then joined SFTO eSports, and joined BLAST after the former disbanded as well.

In 2011, he secured a spot for the ESWC through his run in the European Online Qualifiers, at the notable expense of HasuObs. However, he did not manage to get out of group stage at the Main Tournament.

He represented Portugal in the IeSF 2011 World Championship, where he was eliminated in group stage as well.

On May 10, 2012, sYz participated in the ZOTAC Cup Monthly Final April 2012. He was able to take down inori, VortiX, LiveZerg, and went straight into the finals to face Bly. He was not able to grab 1st place because Bly defeated him with a score of 3-1 and sYz took 2nd place.

sYz participated in ASUS ROG Winter 2012 at Assembly, but history repeated itself as he once again could not manage to make it out of the group stage. Beating Seiplo but losing to HerO and SeleCT, he finished third in his group where the top two advanced.