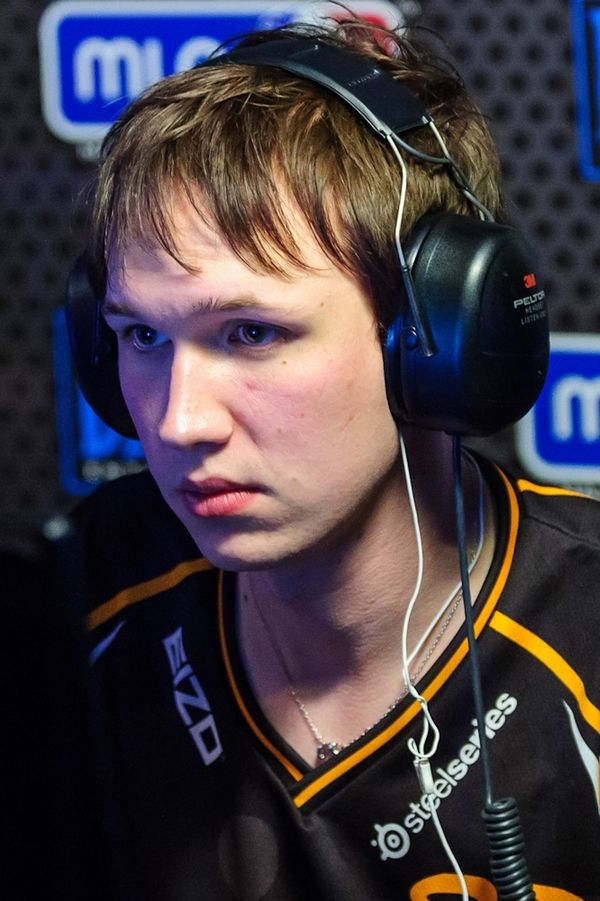 He is a former high level Warcraft III player, one of few European gamers who lived and played Warcraft III professionally in China.

SaSe is known for his very unique style of play and for his micro abilities. He rarely takes off probes from mining to build something - instead he rallies probes from his nexus to the destination of the new building. Also, he gets two geysers early in the game in all matchups, but only uses two probes for each geyser early in the game to get a small gain in gas without taking too many probes off mining minerals.

On 16 January 2011, Meet Your Makers announced they had recruited SaSe, XlorD and Mondragon.[1][2]

"I am very happy to find such a great team as MYM so quickly. With their support from both players and sponsors I hope I can improve my skill a lot. It's very nice to have both oldschool BW players and WC3 players mixed since we look at the game differently."

In the weeks following his comeback announcement, SaSe managed to take second in SK Gaming's Champions Trophy and reached the semifinals of Zotac Cup #41 and #43. He also posted positive results in the SteelSeries StarCraft 2 Challenge at Assembly Winter 2011, making it out of the group stage before being knocked out 1-2 by Ret, who went on to win the tournament.

In May, SaSe won the Swedish tournament The Road to Korea by beating NaNiwa 3-1 in a best of 5 contest, granting him a spot in GSL Code A during the summer of 2011.

In June, SaSe participated in DreamHack Summer 2011, where he came out of his group undefeated, beating IdrA, Naama and Kas. He was then knocked out in the Round of 16 by the Taiwanese Zerg player Sen. A few days later, SaSe repeated the same pattern in HomeStory Cup III: he finished first in his group with victories over Jinro, NightEnD and MoMaN, but was immediately eliminated from the main bracket by XlorD.

SaSe won a major tournament for the first time in July 2011, the Grubby's Starcraft II Series Pro Invitational #1‎‎. In this tournament, he finally proved himself able to defeat major Zerg players by knocking out Stephano 2-0 in the semifinals.

On July 26, 2011, it was announced that SaSe had left Meet Your Makers. From this point, he wanted to focus on his career in South Korea.[3]

On December 4, 2012 it was announced that Quantic Gaming was disbanding[4] making SaSe teamless.

On October 7, it was announced that SaSe has signed with Quantic Gaming and would be attending MLG Orlando later the same month.[5]

“After too long of a time without a team I have finally found one. Quantic approached me in a very professional way like no other team has ever done before. After days of meetings and discussions we finally agreed on a contract. I am so excited about this team and the best part is that I am just the first step of what is to come! I would like to thank Ben and Nicholas for spotting me. Also a huge thanks to Mark for being the coolest CEO I have spoken to when it comes to gaming! Quantic Gaming fighting!”

During the 2011 GSL November, SaSe's first opponent in the Round of 48 would be JYP. He lost 0-2 to JYP and was knocked out of the tournament.

On February 9, 2012, SaSe participated in the ESV TV Korean Weekly Season 2 Weekly 3. After taking down Messiah, Symbol, Revival, and Hack, TAiLS advanced in to the finals to face SaSe. He wasn't able to grab first place after he lost to TAiLS by a score of 1-4 and had to settle for second place.

On November 20, 2011, SaSe participated in the IPL 4 United Kingdom Qualifiers. SaSe started off from the round of 32 and defeated Settler, Adelscott, TAiLS, Ryung and then advanced in to the finals to face Stephano. He fell to Stephano by a score of 0-2 and fell in to the losers' bracket. In the losers' bracket, SaSe wasn't able to grab anymore victories and allowed TAiLS to grab revenge against him by losing to TAiLS by a score of 1-2 and ended up taking third plcae.

SaSe made his first appearance in MLG at Orlando on October 2011. He came out of the open brackets undefeated, knocking-out HasuObs and his compatriot and former MLG Champion Jinro. He did well in group stage, only losing to PuMa and defeating the reigning MLG champion, Bomber. He then faced BoxeR in the main bracket, and was eliminated in a tense series. His performance in MLG guaranteed him a Code A spot in the GSL. His subsequent participation in 2011 GSL November eventually led him to drop 2011 MLG Providence, because of scheduling conflict.[6]

After playing DreamHack Winter 2011 and taking a small vacation back in Sweden, SaSe flew to China to participate in the G-League Season 3, for which he had qualified a few months earlier. He managed to finish second in his group. He faced XiGua in the semifinals and lost 2-3.

SaSe's first premier tournament in 2012 would be the MLG 2012 Winter Arena. He was knocked out from the winners bracket in the first round, in arguably his worst match-up PvZ, by Sheth. In the loser bracket he beat South Korean Protoss San 2-1, but then got another PvZ against DongRaeGu which he lost 0-2, and was knocked out of the tournament. He did however play consolation matches for 17-24th place, where he did well but lost in the final to HayprO, and so ending on 18th place in the tournament.

SaSe played in the 2012 GSL Season 2 Code A qualifier, where he beat Terran player HiBaRa but then lost 1-2 to Whale and was knocked out.

A few days later the three Protoss players SaSe, NaNiwa and PartinG left the StarTale house and set sail for America and the Red Bull LAN 1, where they were to practice for the upcoming MLG 2012 Winter Championship. Apart from practicing, a small tournament was also played at the LAN. SaSe impressed in all match-ups, as he took down PuMa, Sheth and JYP before falling in the final to Ret, the same player who had also knocked out SaSe's travelling buddies NaNiwa and PartinG.

As the MLG Winter Championship approached, the two South Korean Zerg NesTea and Leenock had to cancel their participation. Hence the players ranked 17th and 18th from the Winter Arena were given a seed into the pool play, ultimately putting SaSe in a group with the three South Koreans MarineKing, GanZi and MC. He went 2-3 in this group (beating GanZi and ThorZaIN), placing in 5th in the group and was then seeded into the 3rd round of the loser's bracket against SeleCT. He beat SeleCT, then HayprO (both 2-0), but eventually fell to viOLet 0-2 in the 5th round, which got him into the lowest prize winning bracket.

At the MLG Spring Championship SaSe entered into the open bracket and made his way up from the first round beating Beastyqt, Ostojiy, and Sleep to get into group play. This time his group had four South Koreans DRG, Oz, MC, and Heart and he again went 2-3 (beating Heart and the only other foreigner, Socke). He was seeded again into the 3rd round and started an amazing run beating viOLet, Rain, Grubby, Leenock, Polt, and Stephano, before finally falling to Alicia 1-2 in the 4th place match. This 4th place finish was his best finish in a major tournament up to this point.