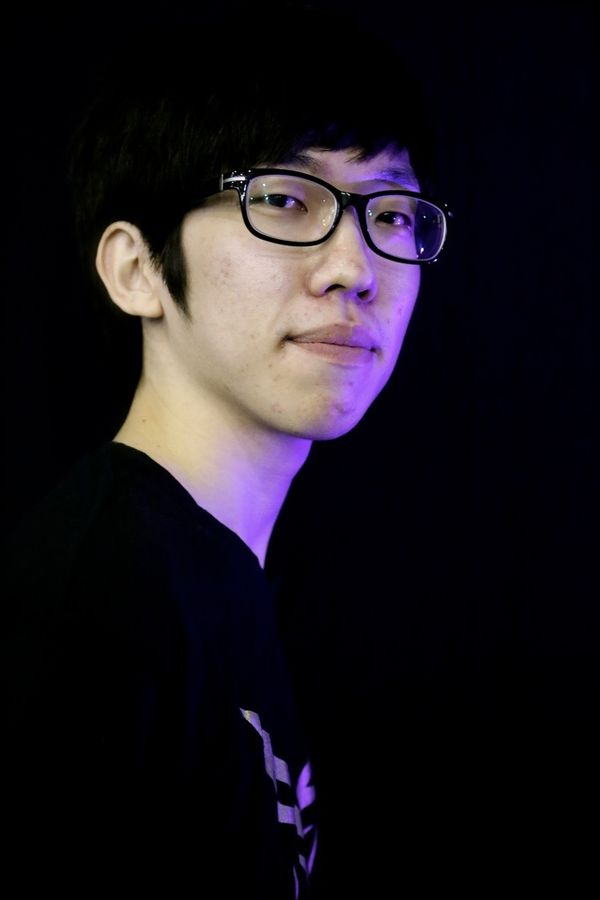 San was once a member of the Korean clan Zenith, and he was part of the initial roster that merged with the NEX clan to form the professional gaming team ZeNEX.[1]

San qualified for the GSL Open Seasons 1 & 2, earning enough points to qualify for Code S. He was eliminated in season 3 preliminaries by his then teammate, Kyrix. San's play was noted to be extremely lackluster during this period and he was often cheesed out of his sets. San would be picked up by a newly formed HoSeo in February 2011.[2]

On July 20, 2011, it was announced that San and Hoseo teammate Sia were seeking foreign teams. It is worth noting that when the Code A Preliminary thread was created, Gom listed San under "Other", instead of with New Star HoSeo, indicating that san may have left NSHoSeo. It was later revealed by Artosis during the New Star HoSeo vs MvP GSTL match that he is currently looking for a foreigner team, though he is still in New Star HoSeo.

San lost in the Round of 32 to both InCa and MC in the 2011 January GSL in games that both lasted under 10 minutes. This caused him to go into the Up and Down brackets. San was considered by many to be one of the worst players in Code S and was chosen by the Code A champion, TOP, for his group in the Up and Down matches. Despite this, San managed to beat the other player in his group, LegalMind 2-1, maintaining his position in Code S for the next season.

San would play what many (read: Artosis) considered to be the best games of his pro-gaming career in the GSL 5. He was chosen by NesTea to be in his group, specifically because he was seen as a free win. San admitted this, and even said that he did not want to advance because he wants to complete his mandatory military service. Despite the odds heavily against San, he played an extremely long and praised match against NesTea making use of Motherships, Dark Templars and Archons, eventually defeating the GSL 2 champion. San followed this up by defeating BoxeR in a very straight forward victory, and then defeating Ensnare, thus completing three major upsets in a row, and taking first place in an extremely difficult group. San continued his run into the tournament by taking out TheWinD 2-1 and sC 3-1, moving on to the semifinals. He was ultimately defeated in the semifinals by MC.

He showed that his skills weren't something temporary during the GSL World Championship by first beating Sen in the team matches and then taking out both White-Ra and DIMAGA in the main tournament, advancing to the semifinals for the second straight season, where he was finally defeated by Mvp.

Despite his newfound acclaim San fell into a prolonged slump after his World Championship run. He finished last in his GSL May group (losing to Clide and Jinro) then lost to TricKsteR in his Up-and-Down matches, dropping down to Code A for the next season.

In a surprise upset, Sheth beat San 2-1 in the first round of GSL July Code A. San fell out of the GSL entirely and did not qualify for another Code A spot until 2012 GSL Season 5, where despite being teamless San managed to climb through the preliminaries and make it back into the GSL. In the first round he faced Happy and was defeated with a score of 1-2, therefore dropping back into Code B.

On June 22, 2011, San participated in the ESV TV Korean Weekly Season 1 Weekly 2. After taking down Yong, ByuN, and Tassadar, San went on to face Puzzle. He was not able to advance any further after he lost to Puzzle by a score of 2-3 and fell in to the 3rd/4th place match. San once again wasn't able to grab any more victories and had to settle for fourth place after losing to Sage by a score of 0-W.

On April 26, 2012, San participated in the ESV TV Korean Weekly Season 3 Weekly 2. After taking down asd, Tassadar, VoidRay, TOP, and Tear, San advanced in to the finals to face GuMiho. In the finals, San defeated GuMiho by a score of 3-2 and grabbed first place.

From July 16 to July 28, 2012, San participated in the ESV TV Korean Weekly Season 3 Grand Prix #2. To start off the tournament, San started off in the group stages. CoCa was placed in to Group 1 and advanced in to the championship bracket with a score of 2-0. In the championship bracket, San took down Tear and Arthur, and then went on to face TaeJa. He was not able to advance any further and had to settle for third place after losing by a score of 1-3.

On June 23, 2012, San participated in the IPL 5 Korean Regional Qualifiers. San defeated HerO, ByuN, viOLet, and YongHwa in order to advance in to the finals. In the finals, San faced MarineKing. He wasn't able to advance any further and had to settle for second place after losing to MarineKing by a score of 0-2.

On April 6, 2012, San participated in the EWM Season 2 Week 2. San took down Sparta, Journey, finale, Miya, and Pet to advance in to the finals against CoCa. San defeated CoCa by a score of 2-0 and advanced in to the EWM Season 2 Finals where he would have a shot to obtain a Code A seed if he won against the other weekly winners.

San qualified for the 2012 OnGameNet Starleague Season 1 defeating Swedish Protoss NaNiwa, Seed and Life on his path to qualification.

In the dual tournament he took an initial loss to DongRaeGu but defeated ByuN in the losers match and Symbol in the final match to advance to the round of 16.

San has been a crucial component of HoSeo's success in the IPL Team Arena Challenge 2. He managed to defeat Creator, AnNyeong, and MarineKing to win the IPL Team Arena Challenge Qualifier #2. He beat SeleCT, Bischu, and SjoW to close out HoSeo's series against Dignitas and scored another 3-kill against ZeNEX to keep his team alive in the losers bracket.

San also participated in the South Korean qualifier for MLG Winter Arena. He lost to YoDa in the Round of 64 and dropped to the Losers Bracket; however San defeated ForGG, aLive, NaDa, Bomber, and Killer in succession to win a spot.

At MLG Winter Arena, San was beaten by Mvp 2-0 in the first round. San would proceed to lose to SaSe 2-1 in the Losers Bracket and get knocked out of the tournament.

San joined yoe Flash Wolves on October 1, 2013.[3] San left yoe Flash Wolves at the end of August 2015 and did not play any offical games after. It was never officially announced that he had retired, however Daisy tweeted that San would join the military at the beginning of July 2016, which means he would not be able to play Starcraft from there on.[4] But with no games played in Legacy of the Void, it is most likely that San stopped playing Starcraft II with the end of Heart of the Swarm.