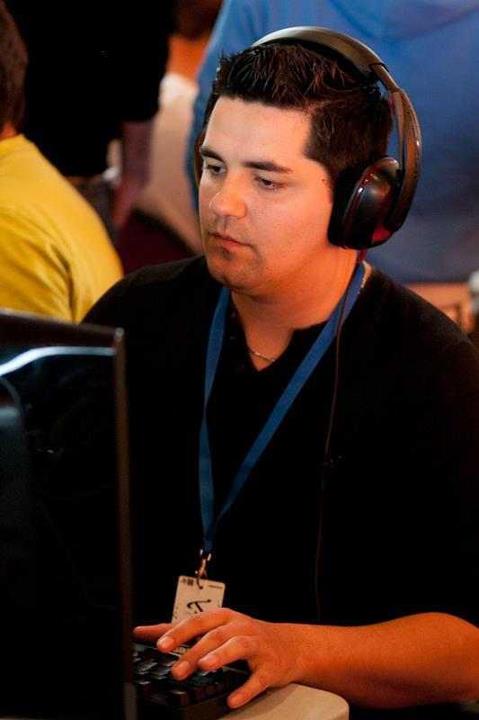 Pierre "SarenS" Guivarch is a Terran player from France who is retired.

During Brood War, SarenS was a known player but wasn't hugely successful, even though he was regarded as one of the strongest French players during the months prior to the release of the Beta. He made it to the top 50 of the Pokerstrategy TSL ladder but was disqualified for abusing.[1]

SarenS was around during the Beta, and joined against All authority, in spite of a misunderstanding with the board of the team which almost led to an early departure for Meet Your Makers.[2]

Alongside with achievements in other events, SarenS experienced his first notable success by coming second in the Go4SC2 ESL Cup #24. This not only granted him the prize points, but also qualified him for the IEM Season V - Global Challenge Cologne, the first major live Starcraft event in Europe. During this tournament, he managed to qualify for the playoffs at the expense of LucifroN and HasuObs, and was finally knocked out by IdrA, still performing well enough to win two games against him.

In the last months of 2010, SarenS secured his reputation as the best French player by winning two major national tournaments : the ESL Pro Series France IX, against AureS, and the eOSL Winter, against his teammate and close friend TuZeR. He also worked to make his name on the European scene, and therefore qualified for IEM Season V - European Championships in Kiev, where he was tied for the 7th place with Kas, and went to Finland to participate in the SteelSeries StarCraft II Challenge during Assembly Winter 2011, where he came out undefeated of his group of Tyler, Grubby, and Magik, and was eliminated in round of 16 by Pomi.

Nevertheless, SarenS has passed through rough times during the beginning of 2011. He was defeated 2-0 twice in a row by Adelscott, the first time during Spirit Lan 8, and the second time two weeks later during the team event ESL.fr SC2F Season 1 Allstar Division.[3] SarenS was heavily criticized by the community for his lack of fighting spirit, and for the fact that he partied way too much the night before the Spirit-Lan, leaving him exhausted for the tournament.[4] From that moment, he was no longer regarded as the best French player.

In March, SarenS ended his collaboration with against All authority and joined Cyber Nation. He explained that this decision was due to the tensions between him and aAa's board, which appeared after his bad behavior during Spirit Lan 8.[5]

In June, SarenS came in Sweden to participate to DreamHack Summer, even though he wasn't an invited player. He successfully made his way through the BYOC qualifier, but failed to pass the group stage. a few days later, he managed to defeat AureS in the final of eOSL Summer 2011, staying the defending champion of eGG-one Starleague. One week later, he tried to get the French spot for World Cyber Games 2011, but was sharply defeated by ToD in the final of the WCG Qualifiers France.

On November 2011, SarenS was the topic of a twenty minutes documentary entitled "Two months with SarenS" realised by his team Cyber Nation.[6]