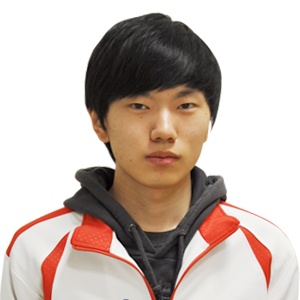 Sculp took part in the MCSL Season 3 where he lost only in the Final to TaeJa. Before the final match vs TaeJa Sculp did not lose a single game defeating with the score 2-0 Sickness, 2-0 horror, 2-0 Acoustic, 3-0 Life and 4-0 Jjun.

In 2011 Sculp tried to qualify for GSL Code A. He made it to the Finals in the 2011 GSL November Preliminaries where he defeated inori in the Ro 8 and SuHoSin in the Ro 4 before losing 2-1 to SocceR in the Finals.

In 2012 Sculp finally qualified for Code A in the 2012 GSL Season 1 Preliminaries and made his Code A debut. However he was eliminated from the tournament in the Round of 48 after losing 2-1 to YugiOh.

In the 2012 GSL Season 2 Preliminaries, he failed to requalify, being defeated by Ready 1-2 in the semifinals.

In 2011 Sculp made his debut for the team New Star HoSeo in the 2011 GSTL Season 1 in the match vs fOu where he lost to Sirius in the 1st set.

In the match vs StarTale he was sent to play in the 3rd set. Sculp managed to win over Squirtle and July before losing to StarTale's Ace player Bomber.

In the 2012 GSTL Season 1 Sculp made a very impressive showing for his team, taking out such TSL players as Polt, Dream, HyuN and Revival. He once again showcased his solid play in the following 2012 GSTL Season 2 as he started for his team and took out three StarTale players: the 2012 GSL Season 2 Code S runner-up Squirtle, KingKong, and Curious.

In 2011 Sculp managed to qualify for the WCG Korea 2011 National Finals where he won over NaDa but lost to Oz and TheBest and finished 3rd in his group.