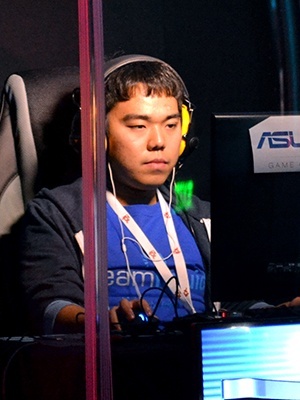 Sea began his Brood War progamer career in 2005, at age 15. He quickly gained status among the community, as being one of the youngest people to have played a televised match, along with his convincing results in both ShinHan2006-1 OSL and ShinHan2006-2 OSL where he reached the round of 16 twice in a row. His performances in Proleague contributed to MBCGame HERO's victories in the 2006 SKY Proleague Round and SKY Proleague Grand Finals. In 2007, Sea achieved his last notable results during the Brood War era, as he reached the round of 16 of the 2007 GOMTV MSL Season 2. He has made average showings ever since.

Sea's debut in StarCraft 2 was a rather unimpressive one. Representing Team 8, Sea played his first official match in the hybrid 2011-2012 Proleague Season 2 which he lost against sKyHigh. He would continue producing mediocre results throughout the season.

On October 4, Team Liquid announced that Sea had joined their team. While he was still a Brood War player, Sea had been a member of TL.net, and attended meet-ups in Korea. This had made him a bit of a community favorite.[2] Sea debuted in his first professional match for Team Liquid in the Evil Geniuses Master's Cup Series VIII against the Russian Terran player Happy, losing the series 2-0. This would be his only loss in the group stages of the tournament, after which he would win all his matches only dropping a single game to MajOr.

Sea attempted to qualify for the 2012 Global StarCraft II League Season 5, however, he was knocked out of his preliminary group finals against ByuL.

On November 29, 2012, Sea attended IPL 5. He lost his first match against BBoongBBoong, knocking him down into the loser's bracket where he would defeat Genius and NaNiwa before finally being knocked out of the tournament by Life.

On December 17, 2012, just over two months after joining Team Liquid, it was announced that Sea would retire from professional gaming, citing a lack of passion.[3]